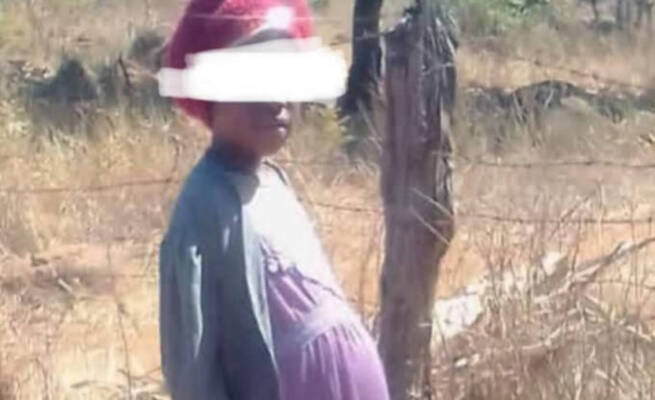 THE baby of Anna Machaya, who died last year at the age of 14 while giving birth at a Johane Marange Apostolic Church Shrine in Mafararikwa, died on the same day his mother passed on, The Manica Post has learnt.

The baby boy, who was in the custody of his late mother’s aunt in Kwekwe, died almost two weeks ago on the day he was supposed to celebrate his first birthday (July 15).

She first announced the child’s death on her WhatsApp status last Saturday.

“It is true that Anna’s son died on the day his mother passed on. The coincidence left us devastated. We are still to gather more details regarding the child’s death as the Machayas were away attending the church’s annual Passover gathering in Mafararikwa.

“We heard that the child was in the custody of Anna’s aunt at their Kwekwe plot when he died. We are not privy to details on the cause of his death as well as his burial as the Machayas are yet to furnish us with them,” she said.

Ms Mabika added: “What hurts most is that we wanted to celebrate the baby’s first birthday, only to receive the news of his death. We do not know the whereabouts of the child’s father since his release from remand prison last year.”

The baby’s father, Hatirarame Evans Momberume (27), is facing charges of murder and having a se_xual relationship with a minor.

He, however, absconded after being granted $50 000 bail by the Mutare High Court.

Mutare provincial magistrate, Mr Richard Ramaboa, issued a warrant of arrest for Momberume when he failed to appear in court.

However, Asst Comm Nyathi was not picking up calls.

Momberume’s attorney, Mr Brian Majamanda of Khupe and Jara Law Chambers, said he last spoke to his client last year in September as he was telling him about the bail and his next court date.

“I have lost contact with my client since September last year when he was granted bail by the High Court. I don’t know his whereabouts as I was alone in court on the date he was supposed to appear in court to be furnished with his trial date,” said Mr Majamanda.

Momberume is accused of causing the death of Anna by impregnating her and failing to take her to a proper health institution to receive healthcare services.

It is alleged that instead of taking Anna to a medical facility when she got into labour, Momberume took her to Johanne Marange Church midwives.

She delivered a baby boy, but died due to labour complications.

Momberume and his relatives allegedly secretly buried his victim without notifying authorities of her death.

On the other count, Momberume is said to have impregnated the juvenile and stayed with her as his wife.

Anna’s parents, Edmore Machaya and Shy Mabika, are facing charges of obstructing or defeating the course of justice after they tried to conceal the girl’s age and identity by giving the investigation officers someone else’s identity card.

The parents allegedly lied to the police that Anna was born on January 2, 1999.

The mother went on to give the investigators a national identity card belonging to a relative, Memory Machaya, who was born on January 2, 1999.

It was only through school records in Mhondoro that police managed to obtain the late Anna’s correct birth certificate copies. Memory Machaya is alive and is married to Lameck Makonye.