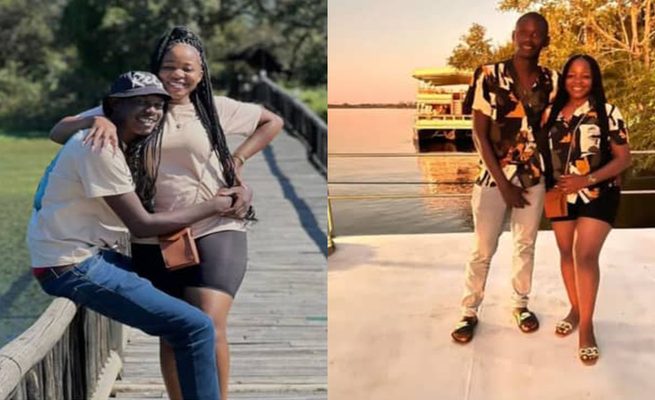 THE man who Ximex Mall dealer, Tafadzwa “Boss Pango” Murengwa suspected of having an affair with his estranged girlfriend, has denied the claims.

Clementine Muza, whose life was also in danger after Boss Pango killed Samantha, exclusively spoke to H-Metro over the weekend.

“Tafadzwa had been suspecting that I was dating Samantha, which was not true,” said Muza.

“He even suspected me of taking her to a lodge in Harare on the day he shot her, but I was here in Beitbridge where I work.

“He phoned me a day before this incident warning me about dating Samantha, but I told him that there was no affair between us. My family only stayed at the same house in Waterfalls with Samantha and her sisters,” Muza said.

Tafadzwa told H-Metro that he got his money from selling cars and had given Samantha a car to use in Beitbridge, where she had relocated to.

Coincidentally, Muza works in Beitbridge and that made Tafadzwa suspicious.

“I visited Samantha in Beitbridge where I discovered her love messages with Muza. She didn’t dispute that and I warned her over it.

“I confronted Muza about this and told him I had advanced plans to marry Samantha.

“I strongly suspect that Samantha was with Muza at a lodge on the day I decided to shoot her,” said Tafadzwa.

He committed suicide by downing a poisonous pesticide in Chishawasha.

He was taken to Parirenyatwa Group of Hospitals where he was pronounced dead.