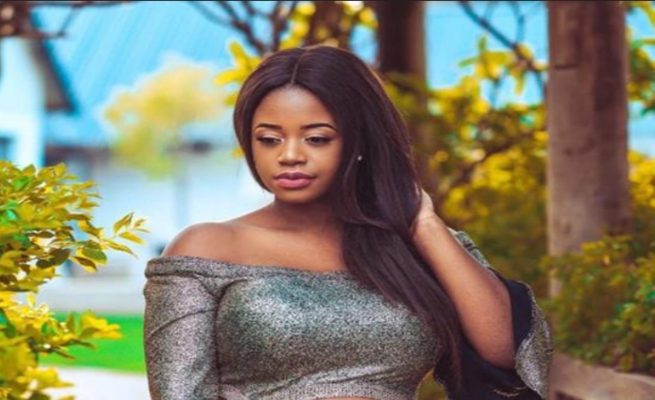 RADIO personality Samantha “MisRed” Musa has spoken on mental health issues, a subject she once touched on this year.

The social influencer, who once opened up about suffering from depression, shared a tweet which encouraged people to speak out on mental health issues and also for people to support each other when one speaks out.

“Truth be told I don’t have thick skin. I am not sure who said it’s a prerequisite for the work I do but that’s how some end up having mental breakdowns,” she tweeted.

“I do not think it’s a weakness to say it, I just think being honest about it will help you figure out how to navigate it.

“I have just found a master way of creating boundaries that protect my heart as Samantha.

“I feel, deeply in fact. I pray we allow people to be honest about their mental capacity.

“We tend to push people to a breaking point most times unknowingly.

“Empathy and mindfulness of the next person is a dying practice.

“So many contributing factors, but this is my truth and honesty.

“I am at peace with my thoughts on the subject, that’s how I am navigating.”

Recently she also spoke on how she suffered depression and how that condition inspired her into writing a book.

“I love the fact that I managed to put everything about my life, things I faced, into a book,” she said in an interview on radio.

Australia based businesswoman Susan Mutami recently accused MisRed of stealing her belongings while she was still dating politician Polite Kambamura.

Mutami said Kambamura would bring MisRed and TV personality Rumbidzai Takawira at his house during the time they were dating.

Mnangagwa is the Biblical Moses who came to rescue us from our problems: Prophet...

TRAGEDY: 5 injured as gas stove explodes during a party

News Tanya Mugabe - 15 August 2022 0
About 40 000 people turned up for the CCC rally held at Mucheke Stadium yesterday afternoon despite heavy Police presence and a tight clampdown...

News Muza Mpofu - 15 August 2022 0
CITIZENS Coalition for Change (CCC) leader Nelson Chamisa has said his party is not a violent organisation and will never engage in any mayhem...

Sports Edmore Huni - 15 August 2022 0
CHARLES “Mafripa” Dzvairo, the businessman who was at the centre of a family dispute which recently spilled into court, amid allegations of witchcraft, has...

Armed robbers raid prominent businessman’s offices, get away with US$70 000

Sports Muza Mpofu - 15 August 2022 0
BUSINESSMAN Simba “Buju” Ndoro, lost US$70 000 when armed robbers struck at his office in Shamva on Saturday. Ndoro, who is the president and owner...

I was informed by friends that my wife was getting married: Man cries as...

News Muza Mpofu - 15 August 2022 0
A ZIMBABWEAN man is in shock after discovering that his wife secretly got married to another man. The woman went into another union despite her...