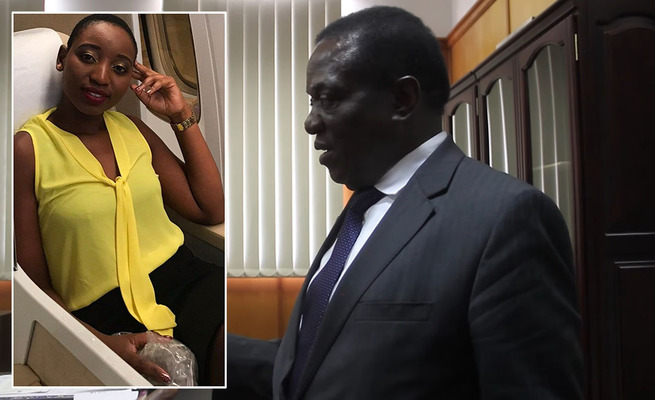 ZANU PF national spokesperson, Chris Mutsvangwa has sprang to the defence of top Zanu PF officials accused of child s3_x abuse, rap_e and infidelity, saying the alleged sleaze was a ploy by the opposition to destabilise the ruling party.

More sensationally, Mutami accused Mnangagwa of having rap_ed her when she was a minor, adding she had filed a report with police in Australia.

However, speaking during a Zanu PF Mashonaland West Provincial Coordinating Committee (PCC) meeting held in Chinhoyi at the weekend, Mutsvangwa said opposition Citizens Coalition for Change (CCC) leader, Nelson Chamisa, was behind the mudslinging in a bid to discredit Mnangagwa, who is Zanu PF’s presidential candidate in the 2023 harmonised elections.

“Even trees and birds have s3_x … this is what they want to preoccupy us with. We want to build the country, and not (get distracted by) stories on sleaze,” said Mutsvangwa, amid laughter from the crowd.

“Nelson (Chamisa) is cooking up allegations concerning issues between the sheets, and trading insults that this one had s3_x with so and so.

“The plot will not deter the ruling party from moving on with developmental programmes to turnaround the economy.”

Independent Norton legislator, Temba Mliswa also had a fling with the socialite with whom he controversially had a child.

The former presidential advisor also insisted that the ruling party would not use violence and intimidation to win the forthcoming general elections.