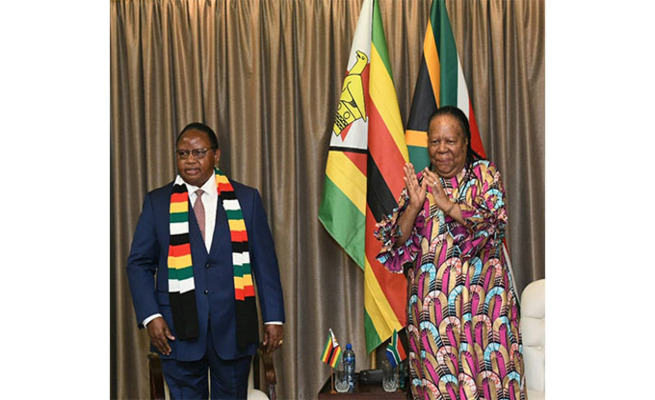 THE Minister of Foreign Affairs and International Trade Dr Frederick Shava is in South Africa where he is engaged with his counterpart, Dr Naledi Pandor to review the Bi-National Commission (BNC) between the two countries.

Dr Shava visited the neighbouring country at the invitation of Minister Pandor who heads the Department of International Relations and Cooperation (DIRCO).

According to South African media, the ministers are expected to deliberate on trade and immigration issues.

Last year, the South African Government decided against renewing the Zimbabwe Exemption Permits which was benefitting nearly 200 000 Zimbabweans based in the neighbouring country.

South Africa has given Zimbabweans up to the end of the year to regularise their stay within its stipulated immigration laws.

Zimbabweans based in the neighbouring country have been lobbying South Africa to further extend the special exemption permits.