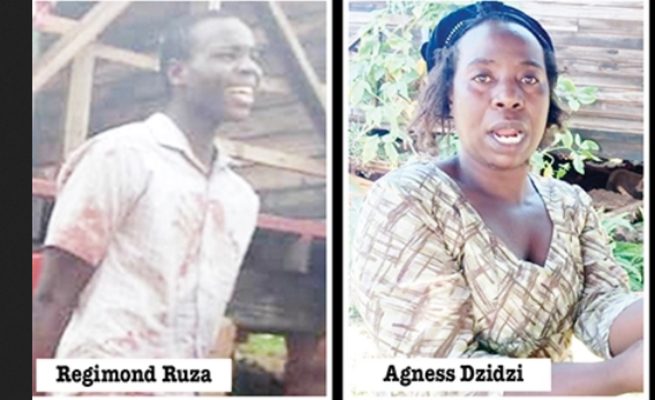 A BINDURA teenager killed his mother and sucked her blood, sending shockwaves around the usually quiet community at Trojan Mine on Wednesday.

Regimond Ruza (19) is believed to have used a kitchen knife to stab his mother, Dorcas Chiguzhu, (55) to death.

He sliced pieces of her flesh and placed them in a pot.

In a fit of rage, Ruza went on to cut himself on his right hand, using the same knife.

Ruza was arrested, but died on his second admission to Bindura Provincial Hospital.

“Police confirm the death of a 55-year-old Trojan woman, who was stabbed by her son on Wednesday,” said Insp Mundembe.

“He was arrested and taken to Bindura Provincial Hospital for treatment, at around 10pm, and was later found unconscious in police cells. He was taken back to hospital, where he was attended to but passed on.

“Circumstances were that the son prepared family lunch and, after eating, he became violent and attacked his mother with a kitchen knife. He was suspected to have taken drugs and neighbours failed to restrain him,” said Insp Mundembe.

Trojan Mine residents described the chilling crime as something that will haunt their community for years. One of the neighbours, Agnes Dzidzi, 44, who tried in vain to restrain Ruza from stabbing his mother, said the two were members of the Johanne Masowe yeChishanu Apostolic sect. Dzidzi said she wasn’t sure abuse of drugs triggered the bloodletting.

“We have been shocked as residents by the killing of a woman, who was innocent and helpful, in this community,” said Dzidzi.

“The two had been to a prayer mountain and Regimond could have been possessed by evil spirits.

“He was raging and so furious when I tried to restrain him from attacking his mother, when she wailed for help.

She said all men were at work at the time of Ruza’s murderous act.

“Regimond went on to suck his mother’s blood, and sliced some pieces of flesh and put them in a pot. He didn’t eat any of the body flesh.

“It astonished us, considering that he is of sober mind. Regimond was never seen drinking alcohol, smoking or abusing drugs, but he was an ardent follower of Johanne Masowe weChishanu, together with his mother.

“This has affected the whole community because it has never happened before.

“We are seeking divine intervention for spiritual healing,” said Agnes.