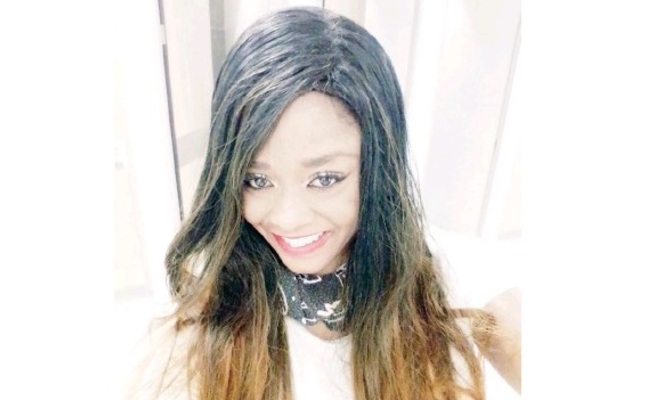 FORMER Miss Zimbabwe, Phoebe Monjane, says she wants to become a prophetess or a sangoma.

She dismissed sensational claims that she has become a basket case who was now living on the Johannesburg streets.

The beauty queen, who is based in South Africa, told H-Metro reports that she had become a destitute, who was now mingling with drug addicts in Johannesburg, “were not entirely true.”

H-Metro revealed this week that Phoebe, who won the Miss World Zim title in 2003, had fallen on hard times in the City of Gold.

This newspaper still stands by the accuracy of its reporting on the story, despite Phoebe suggesting otherwise.

In her interview with us, she said she now wanted to be enlightened on how she can become either a sangoma or prophetess.

She said she has since engaged with her new boyfriend and will only notify the public of her wedding celebrations once everything has been sorted out.

“Basically, what I am struggling with are prophetic things, to be a sangoma, or kuita n’anga in other words,” she said.

“So, my spiritualism means a lot to me. “If it’s a church organisation, I need to work with them, maybe, (for them) to help me in that respect.

“But, as I said, I am not mustreet but I can do with spiritual awakening, and working with divinity, more than I can explain.

“If people want to help me, they don’t rush to the newspaper.

“I am well, residing with my fiancé in Kensington, he is an English guy.

“I am actually engaged to be married and will soon tie the knot.

“I would like to come to (beauty) competitions and help the fellow girls who are still upcoming.

“I would like to teach them the way I also learnt and, basically, be an ambassador,” she said.

However, Phoebe conceded she has passed through some huge challenges in her life.

“I have faced storms in my life but not to the point of being homeless with nyaope (drug addicts) guys,” she said.

“If anything, who am I to classify myself better than the other?

“If anything being Miss Zim has helped me to be humble to talk and relate to destitutes.

“The upper class, and what defines me most, is having empathy with all classes of people.

“Besides what people say, I am a child of God, who was fearfully and wonderfully made.”

Commenting on reports of roaming the streets of Jo’burg, she said:

“I am from humble beginnings and I wish to remain so, waiziva.”

Meanwhile, several well-wishers, have been coming on board to assist the beauty queen.

But, she said, she was not willing to be helped.