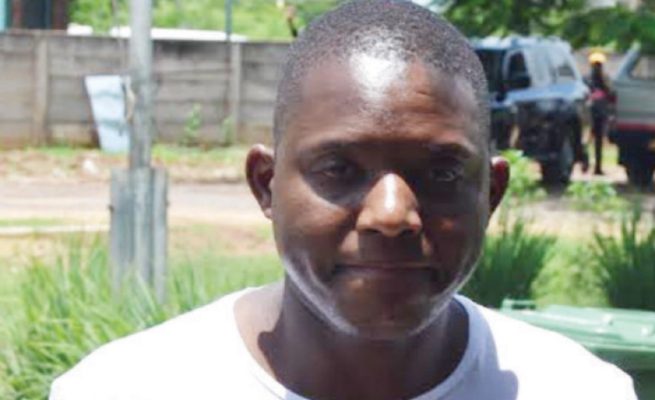 EMBATTLED Zanu PF Gokwe-Nembudziya legislator, Justice Mayor Wadyajena, has hit out at the Zimbabwe Anti-Corruption Commission (ZACC) after it seized his trucks and luxury Lamborghini Urus and BMW X6.

“Let them take the trucks, let them take cars, even if they want to take my houses let them come and take them,” said Wadyajena while addressing Zanu PF supporters in his Gokwe-Nembudziya constituency.

#Watch
Part 1: Defiant Gokwe-Nembudziya legislator Justice Mayor Wadyajena — facing US$5m corruption charges — tells Zanu PF members that the authorities can go ahead and confiscate his trucks,cars and houses. Unlike opposition politicians who are denied bail,he is out and about. pic.twitter.com/o4Fr16mL3L

“I left this area with a bag and I will come back with my bag.

“I have heard people say I will go to parliament riding a bicycle or in a ZUPCO bus, what is wrong with that? Are those who use bicycles and buses not people? I will use those.”

#Watch
Part 2: Defiant Gokwe-Nembudziya legislator Justice Mayor Wadyajena tells Zanu PF members that he does not care about the forfeiture of his cars and mansions. "I came from here [Gokwe] and there is no law which says an MP must be based in Harare." pic.twitter.com/Pmg6Kq5Kn4

Wadyajena was arrested last week along with four Cottco top executives. The five were arrested on charges of fraud and money laundering involving US$5 million of Cottco money.

Wadyajena and his accomplices were last week granted $200 000 bail each by a Harare regional magistrate, Mr Stanford Mambanje, who also ordered them to surrender the title deeds to their personal properties as surety.

Meanwhile, the High Court has taken the seizure of 22 trucks owned by Wadyajena to a higher level after issuing a 30-day order for taking over the fleet pending investigations into allegations of fraud.

The holding of the trucks can be extended under the law as investigations progress and a trial and court dates are set down.

The investigating officer from the Zimbabwe Anti-Corruption Commission Victor Masimba can now hang on to the property to prevent it from dissipation until the outcome of Wadyajena and four top Cotton Company of Zimbabwe managers’ fraud trial or the civil action to have the trucks forfeited to the State.

After ZACC obtained the emergency warrant of search and seizure at the magistrates’ courts at the weekend, the National Prosecution Authority on Monday went to the High Court and successfully applied for a property seizure order before Justice Pisirayi Kwenda.

Subsequently, the ZACC investigator was designated as the official to hold onto the trucks.

In terms of the law, a warrant of search and seizure allows the law enforcement agents to enter residential and business prescints for the purpose of identifying and seizing the property for exhibits to use in a criminal trial.