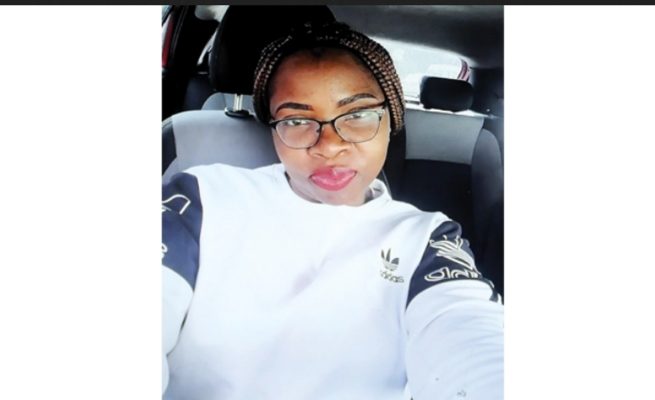 A 38-YEAR-OLD woman from Old Magwegwe suburb in Bulawayo who went missing on Saturday after going out with friends has been found dead in her brother’s car. Thulisile Dube, who was based in South Africa, arrived in Bulawayo last Thursday with one of her brothers in a surprise visit to the family.

The Chronicle visited the family’s home in Old Magwegwe and spoke to her mother, Mrs Margret Dube who was visibly heartbroken by the death of her daughter.

“She left here around 4pm on Saturday driving her brother’s Honda Fit saying she was going out with her friends, but did not return home,” she said.

“She has a house in Pelandaba West suburb and was supposed to sleep there with another relative who was here.

“When we phoned her on Saturday night, she kept saying she was coming as she was still with her friends until the relative went alone to sleep in her house. She was still not back on Sunday morning.”

Mrs Dube said when she asked one of her daughter’s close friends, she said they separated around 5am near her house at Pelandaba West. “I become worried as her phone was no longer going through. I informed my relatives but we were still hopeful that she was with her friends,” she said.

“When I phoned her again, she was no longer picking her phone and even when I asked other relatives to phone her, she would not respond. We then reported the matter to police on Monday morning and they advised us to come back if she would still be missing after 48 hours.” Mrs Dube said on Tuesday they heard from police about a Honda Fit, which was spotted parked in a bushy area in Emganwini suburb and it matched the number plates of the car she was driving.

She said she was taken to the scene and saw the car, which was locked and was only opened by the police yesterday morning.

“Her body was stashed in between the seats facing down and we asked to see it and we observed that she had some marks on her back neck and shoulders. The police took the body and the car for further investigations,” said Mrs Dube.

“What pains me most is that she only arrived last week from South Africa with her brother. I didn’t know that she was coming, they only phoned when they reached Esigodini to tell me to prepare a meal for them. They were supposed to go back to South Africa tomorrow.”

Mrs Dube said two of Thulisile’s friends, including the one who was no longer picking her phone later phoned her separately yesterday morning informing her that they have been taken into custody by police. She said the death of her daughter has left her distressed as she may have died in the company of her friends. “This does not sit well with me because friends are the most trusted people. Personally, I don’t have friends but our children have friends and they were enjoying themselves,” she said.

“You cannot trust a friend when something like this happens. I am still waiting for information on how the car got to Emganwini and the whereabouts of some of her belongings.”

A neighbour who was at the family house to commiserate with the Dube family, Mrs Jane Mafu, said the death was a shock to the whole neighbourhood. “We are heartbroken by this, moreover for me because I was not aware that Thulie had come back home. She was just a happy character who never fought with anyone and to hear that she has died under these circumstances is tragic,” said Mrs Mafu.

Thulisile left behind a 17-year-old son.

Bulawayo provincial police spokesperson Inspector Abednico Ncube confirmed that police are investigating the issue. “I can confirm that police are dealing with that case. We will avail more details later as we are still carrying out some investigations,” he said.