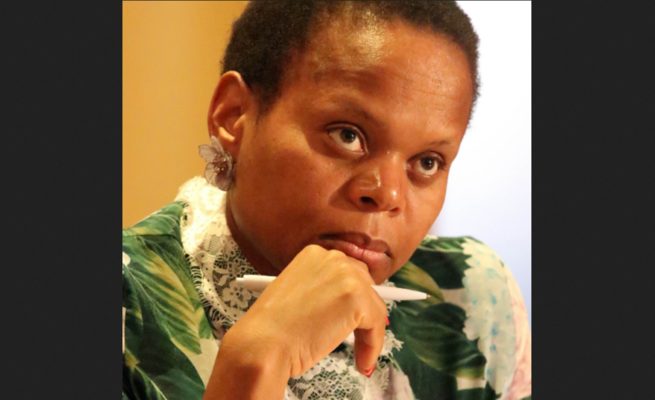 Limpopo Health MEC Phophi Ramathuba said calls for her resignation come from the middle class who do not use public hospitals.

The MEC came under fire following a viral video where she berated a Zimbabwean woman for seeking medical treatment in South Africa.

The unnamed patient reportedly underwent surgery at Bela Bela Hospital after being injured in a car accident across the border in Zimbabwe.

Ramathuba told the woman she should seek medical attention from Zimbabwean president Emmerson Mnangagwa’s government instead.

Ramathuba who has received a lot of backlash for the comments has refused to apologise, and flatly rejects calls to step down.

In a Sunday Times report, the MEC said she was speaking for 91 percent of Limpopo residents who use public health care – adding that she’ll only vacate if they tell her to.

Ramathuba – who’s a qualified doctor – said she remains steadfast in her mission to deal with illegal migrants who cross the border to seek medical care in her province.

The MEC said Zimbabwean nationals are abusing the system and collapsing medical health care in the province.