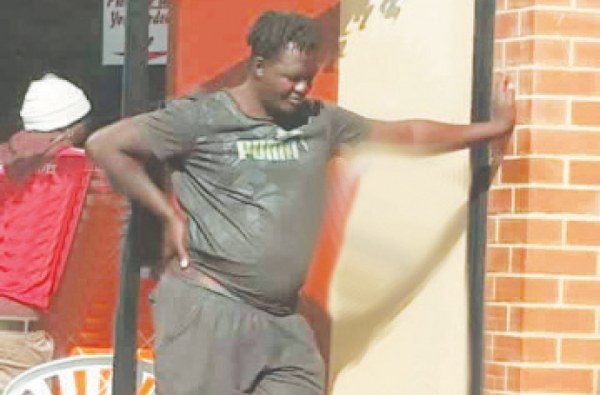 FORMER AmaZulu and Warriors’ strongman David Mkandawire has reportedly been spotted roaming the streets of Johannesburg in South Africa again barely two years after being taken off and apparently rehabilitated.

The former steely defender touched many hearts in 2016 after being spotted begging for food in the Kempton Park area and Warriors’ striker Tendai Ndoro assisted him to get professional help.

Late last year, Mkandawire told Chronicle Sport that he had upgraded himself by getting a Caf B licence.

“I want you to help me look for a club to coach back home. I hope to get a Caf A licence soon,” Mkandawire said then in a brief interview.

However, the street demons seem to have revisited the former national team player, who also had stints in India and in the Absa Premiership where he played for Maritzburg and University of Pretoria.

“Someone needs to help Mkandawire; he is back on the streets here in South Africa. We just saw him begging near Royal Hotel in Nugget Street at the small park.

The state he is in is just terrible. Guys tried to talk to him, but he just does not seem to recognise anyone. It’s bad,” said a Zimbabwean in South Africa.

Efforts to contact Mkandawire yesterday were fruitless as his mobile number was not going through.

Blessing Gumiso, a former roving Highlanders’ midfielder, also confirmed getting information that Mkandawire was back on the streets and expressed his sadness.

“I heard about it as well and just don’t know how one can help,” said Gumiso.