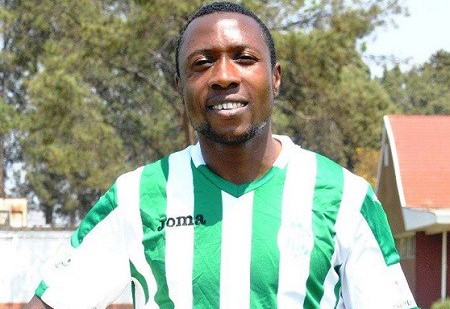 THE impact of injuries sustained by Hardlife Zvirekwi from an accident Monday morning was not yet clear by afternoon.

The CAPS United star had his left arm badly injured and amputated, internal injuries, and by afternoon Monday a surgery was being conducted at Parirenyatwa group of Hospitals.

It was a tragedy that started at the popular Motor Action Sports Club on Sunday night with cheers and then tears Monday morning.

The horrific accident, which left the 2017 AFCON finals star’s car A write-off, meant CAPS United and the football stakeholders were only praying for his recovery.

“His condition is critical and the extent of his injuries and the implication on his playing career will be confirmed in due course after some medical examinations. Hardlife is currently hospitalised and is receiving treatment,” CAPS United said in a statement.

“We would like to sadly advise the nation, the sporting fraternity and all valued stakeholders that our captain Hardlife Zvirekwi was involved in a serious accident early this morning and we thank God he survived though with severe injuries.”

CAPS United chief Executive Cuthbert Chitima said they were still concerned about his recovery first before gathering information on circumstances leading to the accident.

“We do not have enough details at the moment, except that the accident occurred early in the morning and he is admitted at Parirenyatwa. Yes, we have been at the hospital but what has been more important is to see how he can recover,” said Chitima.

When H-Metro arrived during the afternoon visit at the hospital, a number of his teammates, football players from other clubs and family were around.

The surgery that was still ongoing however meant most of the visitors had to wait for the evening visit.

“We are sorry, you will only be able to see him in the evening. He is now in the operating theater,” said one of the nurses in the B1 ward.

As things stand, CAPS United will now be planning without the player in mind for the first half of the season, and chances are it could be worse.

Pictures on the injuries that went viral yesterday painted a gloomy picture and sources close to the situation said the impact will be determined by surgeries that will be done on his hand.

“It is too early to tell. The doctors’ priority will be to try and save him from this and everything else about the long term recovery will then come out more clear in the recovery process,” said a source close to the situation.

CAPS United manager Shakespeare Chinongwenya said they are giving their player all the support that they can, focusing on his health.

“We cannot focus now on who will occupy the gap that has been created by Zvirekwi’s injury.

“What matters now is focusing on his health and his hand getting better. What am sure of is he now cannot be in a position to play in the first league matches that are coming up this weekend,” said Chinongwenya.

“We know he was in surgery to try and fix his left arm that was severely injured and we are still waiting for full medical results which will determine his position.

“What I can say is that we are not yet sure if he will make it for the first half of the season as it is still too early to judge,” he said.

According to close friends, Zvirekwi was last seen at Motor Action Sports Club where there was a birthday bash for Godfrey Bakasa, popularly known as Vokal.

Motor Action is one of the most popular places for merry-makers on a Sunday.

In one of the pictures taken at the birthday bash, Zvirekwi is in the company of Ali Sadiki and two other friends.