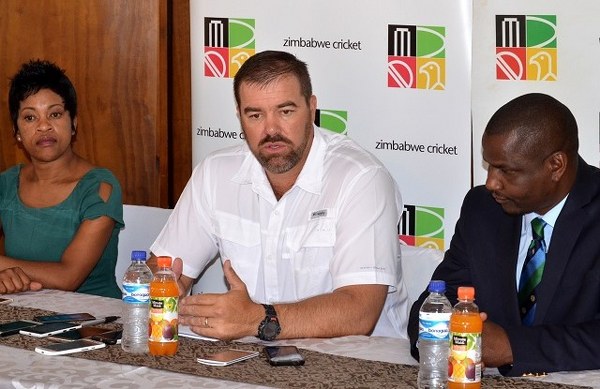 ZIMBABWE senior national team coach Heath Streak has refused to resign from his post despite the team’s failure to qualify for the 2019 International Cricket Council Cricket World Cup via the Qualifier held in the country.

Streak and his entire technical team, convener of selectors Tatenda Taibu and skipper Graeme Cremer were told to resign from their posts by 3pm on Friday or they will be sacked. Other members of the backroom staff are analyst Stanley Chioza, team manager Lovemore Banda, physiotherapist Anesu Mupotaringa fielding coach Walter Chawaguta, Douglas Hondo, the bowling mentor and Lance Klusener who looked after the batsmen.

Streak, who leaves the country for India on Friday said he was not going to resign and the board can sack him if they so wish. He is heading off to the Asian country to take up a role as bowling coach of Indian Premier League side Kolkata Knight Riders.

The Tavengwa Mukuhlani led ZC board met in Harare on 25 March to discuss the team’s performance. After considerations, ZC sent out communication through managing director Faisal Hasnain that the technical team must vacate their posts or be fired.

Streak was appointed Chevrons coach in October 2016 on a two year deal which means if ZC fire him, they must pay him for the remaining seven months.

Zimbabwe failed to make it to next year’s tournament in England and Wales after losses to West Indies and United Arab Emirates at Harare Sports Club, defeats which meant that for the first time since 1983, Zimbabwe will not be at the Cricket World Cup.

In the end, Afghanistan and West Indies secured the two available slots for the next year’s tournament where only 10 countries are competing.