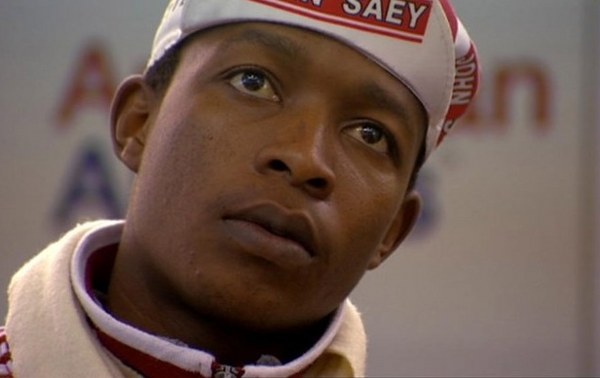 Zimbabwean cyclist, Abel Muchenje, has been found dead in Belgium.

Muchenje (33), who left the country for Belgium in 2004, was found dead in his flat at West Flanders, Vlaanderen, where he was living alone.

Muchenje’s relatives told The Chronicle yesterday that they received the sad news from his colleagues who had to search for him after he didn’t report for work on Monday last week.

“He passed away on Saturday, March 24 and his body was only discovered on Tuesday March 27, after his colleagues decided to search for him at his house. His colleagues searched for him after he did not report for work on Monday. We were also worried about him as he was not responding to calls and messages we sent to him on his mobile phone,” said his Bulawayo-based wife Ms Lynette Mlambo (25).

She said when Muchenje’s friends went to his house, they found the door to his apartment locked from inside.

“My husband was staying alone. His colleagues went to his house and they found the door locked from inside. They broke into the apartment and found his body in the house,” she said.

Ms Mlambo, who married Muchenje in June last year, said Muchenje died at a time when she was in the process of applying for a visa to join him in Belgium.

She appealed for assistance from well-wishers to raise $10 000 to assist in the repatriation of Muchenje’s body.

“We’re desperate to bring his body back home for a decent burial. We’re therefore appealing to well-wishers to assist us with the required funds so that we can decently bury my husband at home. I was in the process of applying for a visa to join him in Belgium. I received communication that I should travel to South Africa for the results of my visa application,” said Ms Mlambo.

She said Muchenje’s colleagues approached the Zimbabwe Embassy in Belgium to seek assistance on the repatriation of her husband’s body and they were yet to receive feedback.

Muchenje was born and bred in Bulawayo and attended Sobukazi High School in Mzilikazi suburb.

He started his cycling career in 2001 and won several trophies and medals, with his career taking him too many countries including South Africa, Mauritius and Switzerland.

Muchenje was part of a group of teenage cyclists called Van Allez Allez Zimbabwe and members were identified in Bulawayo to work as field riders in Belgium.

In 2004, Muchenje was one of the stars from a Belgian TV programme “Allez Allez Zimbabwe.”

The media in Belgium quoted Marianne Boute one of the people, Muchenje met when he arrived in Belgium as saying: “Perhaps his death has to do with the epileptic fits that he had from the time of the programme. They examined him then, but they could not really solve the problem then. He himself was firmly convinced that he was bewitched by his neighbour in his hometown Bulawayo.”