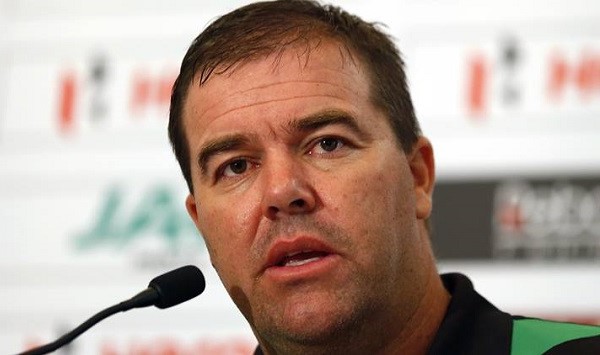 HEATH Streak has challenged his sacking as Zimbabwe cricket coach, saying his dismissal was illegal.

The former national team captain, who was relieved of his duties last week after ignoring a directive to resign, said he was not formally notified of the termination of his contract. Streak claims he was told of his axing by Zimbabwe Cricket (ZC) via WhatsApp messages.

Batting coach Lance Klusener and fitness trainer Sean Bell have also sought legal advice in the wake of the dismissals, which affected the entire coaching staff.

The trio’s lawyer, Gerald Nqobile Mlotshwa, said ZC’s action is of “no force and effect” and that the three legally remain employees of the local cricket governing body.

“Leaving aside the distressing informality of the correspondence, above and the inference to be drawn there from with regards the manner in which Zimbabwean Cricket is being administered from a national level, it is beyond logical dispute, you will no doubt agree, that the purported ‘dismissals’ or any attempt at corrective action taken thereafter, in the form of ‘official communication’ is of no force and effect whatsoever,” wrote Mlotshwa.

“The legality of Zimbabwe Cricket’s actions are beyond blatant. For the avoidance of doubt, our clients remain employees of ZC, on fixed-term contracts until their agreements are terminated in terms of the labour laws of Zimbabwe. It is also open to the parties to agree on mutual consent on termination of the same, or for ZC to simply wait for the said fixed contracts to run their term.”

Streak was fired with seven months still remaining on his contract after failing to guide Zimbabwe to next year’s World Cup in England. “Either way and in the absence of properly instituted and constituted disciplinary action in respect of each of our clients, simple and inexpensive legal advice, again obtained on your part will confirm that Zimbabwe Cricket is certainly obliged to meet all amounts due and payable to our clients in terms of their employment contracts,” Mlotshwa added.

“Negated from this clearly flawed decision-making process must be any hint of emotion and insistence, in the alternative, on due process of the law.

“There is nothing resembling minimal compliance with procedural and natural law in respect of the manner in which ZC has gone about this now very public attempt at ‘dismissing’ our clients.”

ZC has been given up to today to respond, failure of which legal proceedings will begin.