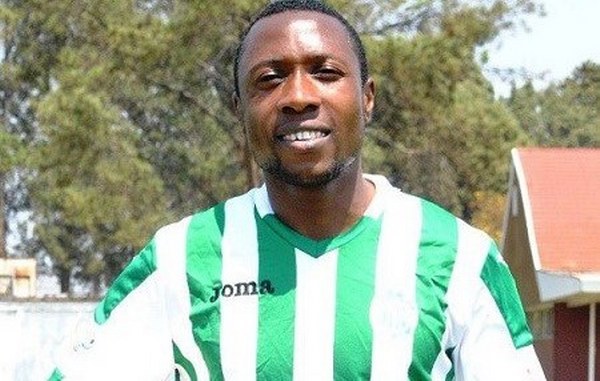 HARDLIFE Zvirekwi watched from the sidelines as his teammates finally played with the NetOne branded kit against Herentals at the National Sports Stadium in a Castle Lager Premiership soccer match the Green Machine won 2-0.

Zvirekwi is the one who picked the kit ahead of four other samples presented by the sponsor in February.

Little did he know the first time the jersey would be worn, he would be observing from the sidelines.

His worries were however put to rest at the start of yesterday’s game was quickly by Highlanders supporters who had a surprise present for the former Warriors man at half-time.

The Bosso supporters gave Zvirekwi their team’s jersey as well as a food hamper.

The fans’ representative Chrispen Nyama said they were touched by what befell Zvirekwi.

“We might be rivals on the field of play with Caps United but when things like this befall either of us, we cease to be rivals.

“As Highlanders supporters, we were pained by what happened. All of a sudden, a player whom Caps United were expecting to play a key role for whatever they have set for themselves this season is no longer available.

“We all hope he recovers quickly and takes his game to another level. He is a good player.

“He once played a very central role for our national team and we thought we should chip in to help him in this small way. We wish him a speedy recovery,” he said.