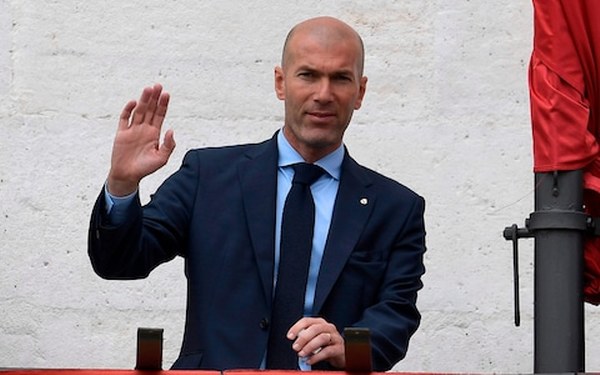 Real Madrid are on the look-out for a new manager after Zinedine Zidane resigned from his post.

The three-time Champions League-winning boss announced his decision at an impromptu press conference at 12 noon BST on Thursday.

“What I think is that this team needs to continue winning but I think it needs a change, a different voice, another methodology and that’s why I took this decision,” he said

“Of course it can be a ‘see you later’ because Madrid has given me everything. I will be around, close to this club all my life but the decision, maybe for many doesn’t make any sense, for me it makes sense.

“It is the moment to make a change, also for the players. After three years, it’s what I have decided to do. I think it is the right one but I completely understand any reaction. I want to thank the fans – they’ve always backed me as a manager and as a player. They have always respected what I’ve done, even when I wasn’t playing well.

“I have a close link with this set of fans and I thank them for all that support and love.

“We have lived complicated moments this season and we heard the whistles from the fans but that’s part of this club and demanding fans. That’s what the players need sometimes, when the fans actually push you it just makes you better.”

The former Real, Juventus and Bordeaux midfielder made Champions League history when he led his side to a third consecutive title just five days ago. He is one of only three managers, along with Carlo Ancelotti and Bob Paisley, to have secured three European successes.

Zidane was under contract until 2020 but called time on his spell in charge after a third place finish in La Liga, behind Barcelona and City rivals Atletico Madrid.

Zidane leaves the club having NEVER lost a European knockout tie. He won 104 of his 149 games in charge and won one La Liga title, one Spanish Super Cup, two UEFA Super Cups and two Club World titles to go with his three Champions League crowns.

That’s a total of nine trophies – an average of a trophy every 16.6 matches.