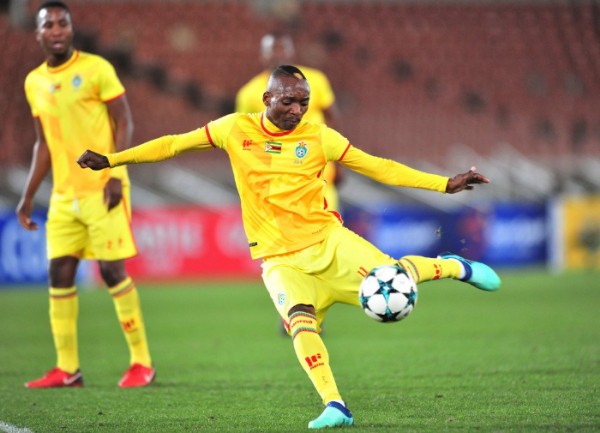 Zimbabwe clinched the 2018 Cosafa Cup title, successfully returning the trophy after beating Zambia 4-2 in extra time following a two all draw in normal time at the sleaky Peter Mokaba Stadium in Polokwane on Saturday.

Two goals in extra time by Khama Billiat proved to be the difference after two goals in regulated time by Tinotenda Kadewere.

In normal time, Zimbabwe were first to strike when Tinotenda Kadewere opened the scoring after only 3 minutes.

However Zambia responded just immediately, five minutes later as Lazarous Kambole found loads of space through the middle and rounded Chigova in the Zimbabwe goal before scoring his second of the tournament while equalizing fir Zambia.

Both sides had their fair share of chances in the match though the defending champions Zimbabwe had limited chances in front of goal though they were denied several times by the impressive Zambian goalkeeper.

Kambole was to haunt the Warriors early in the second half, on the 49th minute Zambia took the lead from a counter attack finished off by Lazarous Kambole again.

The Warriors pushed forward in search of the equalizer but it proved elusive as Zambia held on until injury time. Coach Sunday Chidzambwa made several attacking changes bringing on Hachiro and Mavhunga in places of Chawapiwa and Munetsi respectively.

The attacking intentions proved fruitful on 93 minutes – Kadewere scored an equaliser much to the delight of scores of Zimbabwe fans who cheeeed on the team at the beautiful Peter Mokaba Stadium , forcing the match into extra-time.

Zimbabwe took the initiative in extra time with Billiat enterprising throughout play.

In the 99th minute, Khama Billiat proved to be a handful again as he was brought down in the Zambian penalty area forcing the referee to point to the sport. Billiat made no mistake from the resultant spot kick sending Zimbabwe into the lead.

The Zambians would not go down without a fight as they threw everything at Zimbabwe but impressive Chigova proved to be a mountain too high to scale.

Billiat came back again with 4 minutes remaining as Zimbabwe broke out on a counter attack which was coolly finished off by Billiat sealing off victory.

It was Zimbabwe’s Sixth COSAFA title.