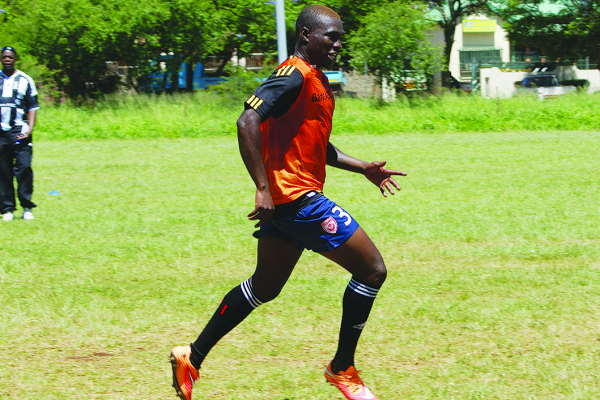 CHICKEN Inn Football Club striker Obadiah Tarumbwa has been sentenced to 12 months in prison for defaulting on more than $6 000 towards his two children’s maintenance.

Bulawayo magistrate Ms Rachel Mukanga heard that Tarumbwa was in arrears of $6 752 after he failed to pay for the upkeep of two children he sired with his ex-wife Patience.

The soccer player has been in and out of court for failure to pay maintenance and was in 2016 sentenced to five months imprisonment, which was wholly suspended on condition that he clears his arrears.

In February this year, Tarumbwa only contributed $200 towards his arrears.

He pleaded guilty to failure to pay maintenance and Ms Mukanga sentenced him to 12 months imprisonment.

She suspended three months on condition he does not repeat a similar offence in the next five years. The remaining nine months were suspended on condition that he pays his ex-wife $6 752 before next Wednesday.

Tarumbwa had told the court that he could not afford to pay $316 as he was not on any contract with Chicken Inn. He said he had another child with another woman.

“Your Worship, $316 is too much for me to pay. I know they are my children and I have to look after them but it’s hard for me to raise the money especially now that I only get paid after playing a game and we win.

“If we don’t win then I don’t get anything because I am not on any contract. I tried negotiating at the maintenance court but they didn’t understand because people think soccer players have money yet we don’t,” he said.

The magistrate told Tarumbwa that the court had seen that he had the means to pay maintenance, so he had to comply.

Prosecuting Mr Raymond Makhaza said Tarumbwa has been in maintenance arrears since July 2016 after he was ordered to pay $316 in April 2016.