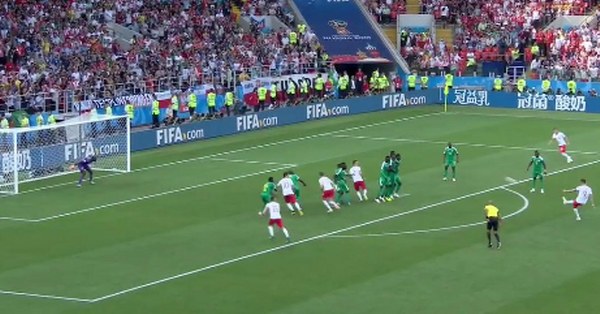 Egypt, Morocco, Nigeria and Tunisia all failed to win their opening matches, respectively, as Senegal got the ball rolling for the continent.

An own goal by Thiago Cionek gave the Lions of Teranga the lead as Idrissa Gueye’s shot deflected off the Poland defender and gave goalkeeper Wojciech Szczesny no chance.

M’Baye Niang doubled Senegal’s lead in the 60th minute, after Grzegorz Krychowiak tried to dink the ball over his defense to Szczesny, but his attempted back pass falls perfectly for Niang, who then gambles and gets there before the Polish keeper to finish in an open net.

Late in the second-half, Krychowiak redeemed himself as he headed home from a 15-yard free-kick but it was a little too late for Poland.