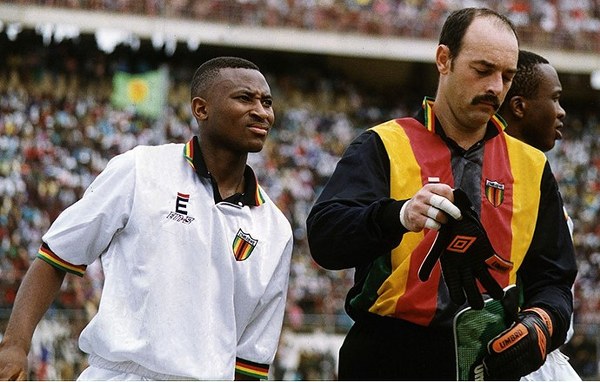 LEGENDARY former Zimbabwe and Liverpool goalkeeper Bruce “Jungleman” Grobbelaar has set his sights on a political career as he looks to open a new chapter in his life after stepping down from his role with Canadian football side Ottawa Fury early this year.

The 60-year-old fomer Warriors player and coach announced his plans in a wide-ranging interview, with the Liverpool Echo following the launch of his autobiography Life In A Jungle in Liverpool, England, last week.

Grobbelaar, who returned to Zimbabwe in January this year after spending 11 years in exile, revealed his plans to meet with President Emmerson Mnangagwa and newly-appointed Arts, Sports and Recreation minister Kirsty Coventry in November.

“I’m going back to Zimbabwe for a function on November 10 and while I’m there, I’ll be sitting down with the Sports minister, Kirsty Coventry [the former Olympic swimmer],” he said.

“Then, I will hopefully see the President, Emmerson Mnangagwa. I need to have a word with him and I’d like to get into the political side. We’ll see what happens with that.”

The eccentric former goalkeeper, who also briefly served as player-manager of the Zimbabwe senior team in 1997, added: “Listen, I’m not dead yet, there are still a few chapters to be written. People have said to me: ‘Jeepers, you’ve done things that other people have never dreamt of doing and would never do’.

“It’s a remarkable journey that I’ve been on and I appreciate every aspect of it — that’s why we had to get it down on paper in the book.

“I’m most proud of my three daughters, the medals I won with Liverpool and just staying alive, just loving every day because who knows what will happen tomorrow ?

“You go through life and you have to live your life. It’s a journey.”

Widely acknowledged as a key member and the driving force behind Reinhard Fabisch’s famed Warriors “Dream Team” of the early 1990s, Grobbelaar is one of the most famous Zimbabwean players of his generation.

He also holds legendary status at English football giants Liverpool where he clocked up 628 appearances and clinched six league titles, three FA Cups, three League Cups and the European Cup prior to his departure in 1994.

His football career. however, started at Bulawayo giants Highlanders and Chibuku Shumba before moving to South Africa where the doors to Europe opened for him.

What followed was a glowing career at the top level spanning nearly 20 years.

Grobbelaar’s achievements during his playing career were overshadowed when in 1994, it was alleged he had accepted money to throw matches.

He was ultimately cleared in court and still denies the allegations, but says the period blighted his career and hopes his enthralling new autobiography Life In A Jungle affords him the opportunity to set the record straight.

He hopes that those who still doubt his integrity will read his version of events.

“Maybe this book will be a good washing process. People that like me, people that don’t like me, let them read the book and take a few steps in my shoes,” he said.

“Maybe they will come to a different conclusion compared to what they may have previously thought was right.

“People have their opinions. They are entitled to them. That’s what makes this world so fascinating. We could have a debate over a flower. It might be red to someone and it might be orange to someone else.

“I’m not fazed about what people think about me, but read the book and then judge me after.”

In the book, Grobbelaar also opens up on how football proved to be an escape as he was haunted by memories of the Rhodesian Bush War in the 1970s, where he reveals he was forced to kill guerilla fighters while serving in the Rhodesian army.

During his last visit to Zimbabwe in January, Grobbelaar alleged that he has been told by former president Robert Mugabe not to return to the country in 2007.

Grobbelaar had reportedly asked to be paid in foreign currency after being offered a role in the Warriors set-up.

News Muza Mpofu - 24 September 2020 0
Nine human rights defenders will today know their fate after they were arrested and tried for allegedly carrying a miniature coffin during an anti-government...