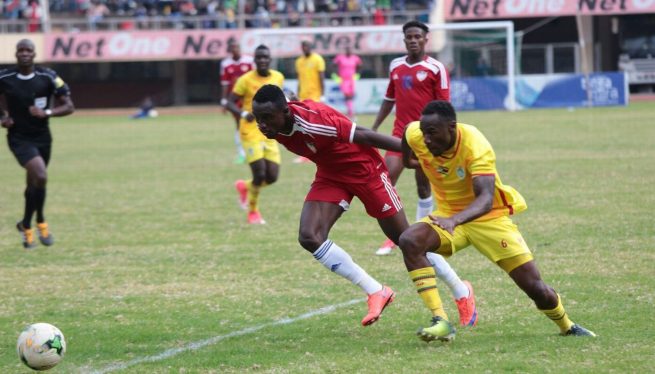 Zimbabwe’s march towards Cameroon 2019 for the Africa Cup of Nations (Afcon) finals was held up yesterday after the Warriors suffered defeat at the hands of Liberia, nicknamed Lone Stars, to throw the contest Group G wide open.

In the other match in the same Group, Congo Brazaville and the Democratic Republic of Congo (DRC) played out a one-all draw.

After yesterday’s results, the Warriors stayed on top of the group even though their lead was shaved to just one point by Liberia who moved into second position.

All four teams will go into the final round of matches still with a chance of qualifying to the finals.

Zimbabwe will host Congo Brazaville in their last group encounter, where they will need only to avoid a defeat to make it to the finals while DRC will need an outright win when they host Liberia. The Sunday Chidzambga-coached side still have everything under their control.

All along, the Warriors had been coasting well and it didn’t look like their would require all their six matches to confirm their place at the finals, but they have to go through the nerves of the last match. Going into yesterday’s match, Zimbabwe needed a single point, but a second half strike by Liberia’s skipper William Jebor left the Warriors and their fans frustrated.

Zimbabwe only have themselves to blame as they created numerous chances that they fluffed in both halves, with the main culprit being France-based striker Tino Kadewere.

Ovidy Karuru also wasted a good chance about 10 minutes after the break before he was hauled off four minutes later for Talent Chawapiwa. Before that, Kadewere had found himself in a glorious position with ball at his feet, but his shot was blocked for a corner kick.

Never mind the block, it was a chance that Kadewere ought to have put away. Two minutes after the break again, he was presented with another good chance and it too went to waste. At the other hand, Liberia were creating chances of their own, but they were not as clear cut as the ones that Zimbabwe were manufacturing.

Warriors goalkeeper Edmore Sibanda made a poor clearance that presented Liberia striker Anthony Laffor with a chance, but the Mamelodi Sundowns player made up for the error with a diving save.

On 70 minutes, the Warriors managed to turn defence into attack with a neat interchange of passes at the left for captain Knowledge Musona to release Kadewere, but the out-of-sorts attacker lacked both confidence and conviction, producing a meek effort straight at the goalkeeper.

Straight from that miss, Liberia cut Zimbabwe open and Jebor met a cross from the left to tuck the ball into the net.

From there, Liberia played for time, managing the game well on their part while frustrating their visitors.