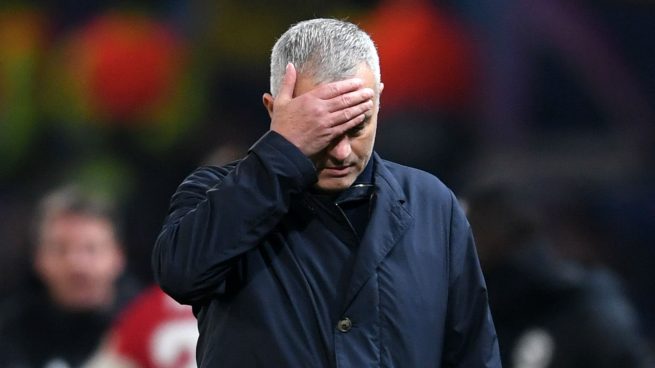 Manchester United have named former player Ole Gunnar Solskjaer as caretaker manager until the end of the season, a day after sacking Jose Mourinho.

The 45-year-old takes over with United sixth in the Premier League.

“Manchester United is in my heart and it’s brilliant to be coming back in this role,” said the Norwegian.

“This is an opportunity I had to take.

“I’m really looking forward to working with the very talented squad we have, the staff and everyone at the club.”

Solskjaer, who earlier this month signed a new deal as manager of Norwegian club Molde, will be joined by Mike Phelan, who returns as first-team coach having previously worked alongside Sir Alex Ferguson.

Michael Carrick and Kieran McKenna, both part of Mourinho’s coaching staff, will continue to work under Solskjaer.

Solskjaer’s first match in charge will be against Cardiff – where he endured an ill-fated spell as manager – on Saturday.

He was relegated from the Premier League with the Bluebirds during an eight-month spell as manager in 2014, then sacked after a poor start to the Championship campaign.

United will look to appoint a permanent boss at the end of the season.

“Ole is a club legend with huge experience, both on the pitch and in coaching roles,” said Ed Woodward, United’s executive vice-chairman.

“His history at Manchester United means he lives and breathes the culture here and everyone at the club is delighted to have him and Mike Phelan back.

“We are confident they will unite the players and the fans as we head into the second half of the season.”

United confirmed the return of Solskjaer, who started his coaching career as the reserve team manager at Old Trafford, on Wednesday morning.

The club appeared to inadvertently announce his arrival 12 hours earlier, when a video featuring Solskjaer scoring the winner in the Champions League final against Bayern Munich in 1999 was briefly on their official website.

Solskjaer ‘loan is a big opportunity’ for Molde

Molde’s 2018 season has finished for the winter and does not restart until March.

United’s statement announcing Solskjaer’s arrival as caretaker manager made no mention of whether or not he will return to Molde when the Premier League season ends.

But the Norwegian club stressed they were only “lending” Solskjaer to United, indicating they expect him to return to his previous role.

“This is a big opportunity for Molde FK, we think it will be developing and helping to put Molde further on the football card,” Oystein Neerland, the club’s chief executive officer, said.

Solskjaer is in his second spell as Molde manager after returning to the club, little over a year after he was sacked by Cardiff, in October 2015.

In his first spell, Solskjaer led the club to their first Norwegian title in 2011, going on to retain the trophy in the following season.

Is this where United are really at?’ – former players react

Former Manchester United midfielder Darren Fletcher described his old team-mate Solskjaer as a “smiling assassin”, who is a “lovely fella” but can deliver some “cutting words” in the dressing room.

“He’d let people know when they weren’t doing things that were expected of them and he’s been at the club with a lot of big characters,” said the Stoke midfielder, speaking to BBC Radio 5 live before the appointment was confirmed.

“But United shouldn’t really be appointing an interim manager. There is a real concern that you could have two seasons of rebuilding again, which is a real worry, and Manchester United should never be in this position. It’s mismanagement from the top level.”

Former Leicester City and Wales midfielder Robbie Savage, who was a youth player at United, said it was a “shambles” that the club would take Solskjaer from Molde.

He said: “Is this where United are really at? Solskjaer is a legend and the fans still sing his name, but, really, the biggest club in the world appointing an interim boss who manages Molde?”

‘The smiling assassin sums him up’

At times, Solskjaer’s scattergun approach in the transfer market gave the impression he was indulging in a real-life version of Football Manager, the computer game he said he had enjoyed playing before making the actual move to the dugout.

Given that track record, if Solskjaer is to take the reins at United, it will be interesting to see how much influence chief executive Ed Woodward will allow the Norwegian when the transfer window reopens in January.