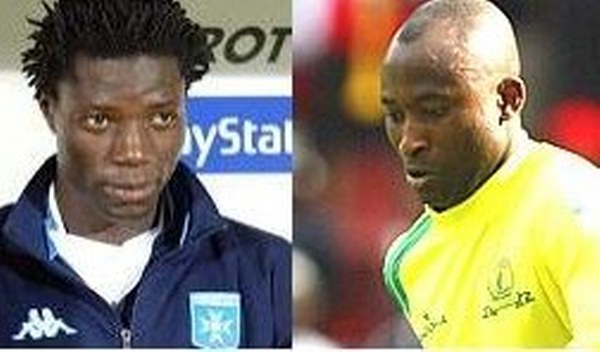 WARRIORS and Nottingham Forest defender Tendayi Darikwa has joined the endless debate on who was the best between legends Peter Ndlovu and Benjani Mwaruwari.

Darikwa gave his opinion on the debate that has divided Zimbabwean football since the former Warriors strikers hung up their boots.

“Peter Ndlovu. When I was very young, he was a very good player for the national team. He had a very good career in England as well.

“But Benjani was the main one for me in my life time growing up here in England. He had a very successful career and scored a lot of goals for the clubs he played for so probably Benjani.”

Peter Ndlovu arguably had the greater impact on the Warriors front as he scored a record 38 goals for the national team in a record 100 caps – a goal in every 2.6 matches.

Benjani, on the other hand, scored around 22 goals in 44 caps for the Warriors – a better goals per game ratio of a goal in every two matches. However, he scored 16 goals less than Ndlovu although the latter played 56 games more.

Both captained the national team during their time. Mwaruwari was five years Ndlovu’s junior therefore becoming the successor.

Another point of argument is the players’ impact in Europe where they took different routes to the top.

Ndlovu made his mark in Europe with Coventry City in the English Premier League but would go on to the Championship in England where he also represented Sheffield United, Birmingham City and Huddersfield Town.

The debate on who was the best can only be settled on what criteria is used but no doubt Peter Ndlovu and Benjani Mwaruwari left their mark on football and are among the best the country has produced.