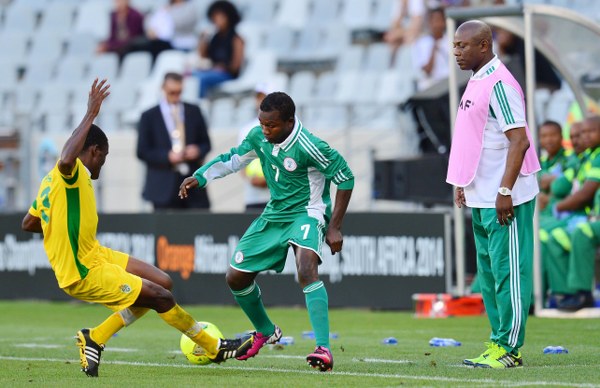 THE Zimbabwe Warriors put up a courageous display to hold Nigeria to a goalless draw in an international friendly match played at the Stephen Keshi Stadium in Asaba, Nigeria last night.

Like true Warriors, they thwarted raid after raid by the Super Eagles throughout the 90 minutes to earn a draw.

Both teams were using the match to prepare for the Africa Cup of Nations which gets underway in Egypt on 21 June. At Afcon, Zimbabwe are in Group A, which also has the host nation Egypt, Uganda and the Democratic Republic of Congo.

The Warriors will open their campaign with what seems a tough encounter against the hosts in the tournament opener before playing Uganda five days later. Zimbabwe’s last group match is a tricky fixture against the DRC on 30 June. The two teams met in the Afcon qualifiers, with Zimbabwe picking four points and will obviously head into that battle as favourites, although the DRC are no pushovers and will be out for revenge.

This year’s Afcon has been expanded from 16 to 24 teams and with the top two teams of each group, along with the best four third-placed teams advancing to the round of 16, the Warriors will certainly stand a chance of progressing, something they have to do in three previous attempts.

Coach Sunday Chidzambwa took an 18-member squad to Nigeria, with an six player set to be selected from the squad that remained in South African for the Cosafa third place play offs.