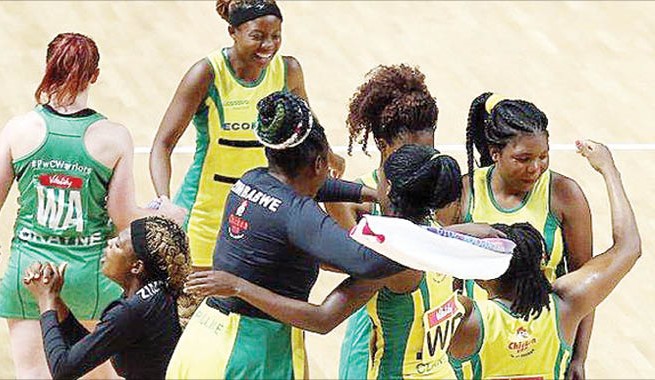 A MEMBER of the official Zimbabwe Gems’ delegation that travelled to the Netball World Cup vanished yesterday hours before the group was due to board its flight back home from its Liverpool, United Kingdom base.

“The guy has disappeared from our base and is nowhere to be found. He was actually a surprise delegate here as he is not even an executive member of the Zimbabwe Netball Association.

“He only came to the tournament because he is the younger brother to one of the Zina officials. It turns out he just wanted to get a United Kingdom visa using netball and Zina officials knew that. A report has been made to the police,” said a source from the UK, who preferred anonymity.

Liverpool’s Merseyside Police could neither confirm nor deny that such a report had been made when contacted by Chronicle Sport last night.

“Unfortunately due to data protection we will not be able to either confirm or deny that a missing person report has been made by the Zimbabwe World Cup team,” said a spokesperson for the Merseyside Police.

The Gems finished eighth in their maiden Netball World Cup appearance where their performance charmed the hearts of the game’s fans around the globe.

News Cynthia Goba - 16 July 2021 0
A Zaka man will spend the next five years in jail for attempted murder after he attacked his friend with an axe for having...

News Edmore Huni - 16 July 2021 0
A 35-year-old Mwenezi man is in police custody after he stabbed and killed a rival suitor over a well-endowed girlfriend last week. Takudzwa Mamboma of...

Man pretends to be his wife & chats with her boyfriend on her phone,...

News Edmore Huni - 16 July 2021 0
A Rushinga man was dragged to the Chief’s Court for bedding a married woman. Tonderai Mutegede was dragged to Chief Makuni’s Community Court by George...

News Cynthia Goba - 16 July 2021 0
TEACHERS’ representatives have called on government to urgently release funds and capacitate schools to provide digital learning amid a surge in COVID-19 infections and...