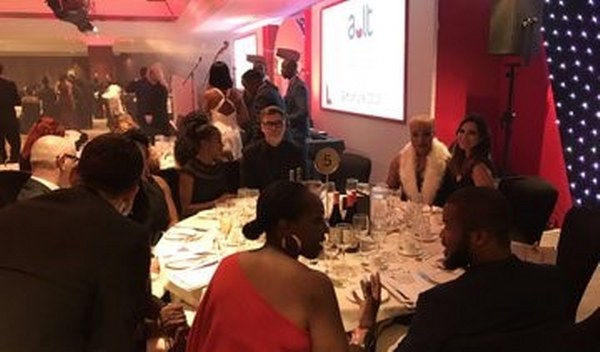 ZIMBABWE’S only accredited female FIFA match agent, Ellen Chiwenga, was recently nominated among a galaxy of sports personalities in England like Raheem Sterling and Sadio Mane for this year’s Football’s Black List.

Chiwenga was unveiled among the five successful nominations under the Commercial section for her role in marketing and developing the game through her EC Football Consultancy. The Herald Sports Editor Collin Matiza recently caught up with her as she talks about her latest achievements.

To start with, we just want to know how you feel and what it means to you to be among the nominees for this year’s Football’s Black List?

Ellen Chiwenga: I feel honoured to have been nominated among so many inspiring individuals who have contributed to making a great positive change for our community, in football and beyond. They are role models.

I am humbled by it, and this nomination gives me the responsibility to do more. I am lucky enough to work in the fascinating environment of football and I feel the need to use my relationships, skills and expertise to bring the best of the game to less developed countries, and Africa.

The Football’s Black List is a great initiative by Leon Mann and Rodney Hinds, who founded it in 2009, that shows the fabulous input of our community in football. It is a time to recognise all the great talents we have. I love it. It should make us all very proud.

Do you think this is going to go a long way in raising your profile?

Ellen Chiwenga: Awards don’t raise your profile. They make you feel very good, and at times it is wonderful to celebrate what you have achieved through so much hard work.

But, ultimately, people forget how many times you got an award unless you have had a positive impact in their life. People even forget which countries won the football World Cup.

They forget which team won the Champions League. But they never forget how fabulous players like Pele, Maradona, Zidane, Ronaldo and Messi make them feel.

Because they worked hard to become the best version of themselves. They changed the game of football. Ultimately, action is what defines us, not the number of trophies you accumulate.

I am so grateful for all people who voted for me. It gives me incredible strength to raise my game and push the boundaries of what football can do to change the lives of many. And this is where I want to be.

And who is Ellen Chiwenga?

Ellen Chiwenga: Ellen Chiwenga is a woman who worked very hard to become the only African FIFA Match Agent in the world.

I see it as another great step in my career. But Ellen Chiwenga is a woman with big dreams. Football existed before me, and football will exist after me.

I understand how lucky I am to work in the game, but this is not enough. I want to have a lasting impact by driving change and developing economies through football, especially in Africa.

I want to build stadiums, academies and hospitals because football saves lives by taking kids out of the streets; it creates a sense of community and teaches timeless values such as respect, determination, and solidarity.

Football has no boundaries. Football brings people of different backgrounds together. Football brings hope; it has the power to change the world. I want to be the global ambassador of that football; the football that heals countries and communities, build bridges, and create new great economic opportunities for people around the globe.

How did you first get involved in the tough world of football agents?

Ellen Chiwenga: This is all due to an incredible woman, Rachel Anderson, who became the first FIFA-licensed woman football agent in the UK.

She experienced sexism and lots of difficulties in a world then exclusively dominated by senior white men. She helped me tremendously and paved the way for other women like me to start working in football.

More than a mentor, I see her as my “mother in football”. History is made of pioneer, amazing individuals like her who never take no for an answer.

She taught me everything, and gave me that burning motivation to become a pioneer myself.

Ellen Chiwenga: My career in football started by pure coincidence. I never thought I would be working in that industry. It all began with my mother’s father — my grandfather — whose brother became president of the FA in Zimbabwe.

His brothers were involved in football in Europe. It is one of my uncles who convinced me to join him in the country where football was born: England. But nothing was given. Nobody gave me a roadmap. It is through hard work and the many incredible people I met along the journey — like Rachel — that I slowly but surely became who I am today.