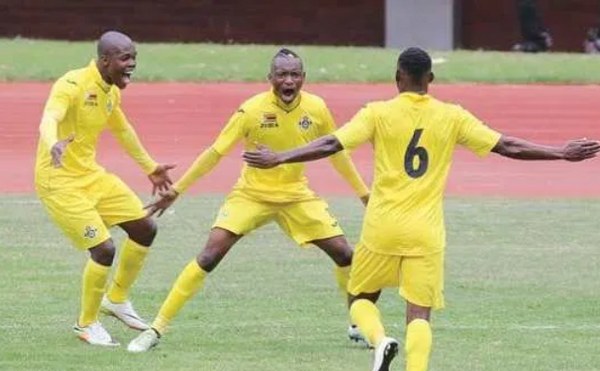 PROFESSIONAL football players around the world are known not to hold back when expressing themselves. Be it in fashion, expensive cars, fancy hairstyles and body art — they always go hard.

In recent years tattoos have moved from being taboo to a new phenomenon in the modern game, with footballers embracing the trend by sporting some fine artwork on their bodies.

Footballers covered in tattoos is now a common sight in the modern game. Among the many Zimbabwean footballers plying their trade locally, on the continent and overseas, Kaizer Chiefs star Khama Billiat is without doubt one of the most heavily inked players.

The Warriors star has made no secret of his passion for tattoos, regularly adding to his growing list of body art. The meanings of the different tattoos he has have, however, remained a mystery, but in a rare candid interview last week the Mufakose-born star finally opened up about his collection and revealed the meaning behind a number of his tattoos.

Billiat revealed how he caught the tattoo bug after accompanying a friend to a tattoo parlour.

By his own admission, he has now lost count of the number of tattoos he has had on his body since then and has not ruled out having many more in the near future.

“I don’t know how to count them; maybe I’ll have to count the little ones as well. But in total I’ve had eight sessions, but the tattoos are more than eight.”

He said during an exclusive interview with the Kaizer Chiefs TV channel on YouTube channel last week.

“Obviously as you know, tattoos are addictive, as soon as you do one, you want to do more as soon as you see people having them because you know the feeling [pain] is not as much as they say so you wanna do more….I’ve stopped having them a little bit [recently], but it’s just for now and I’m going for more,” he said.

Many believe that tattoos are a symbol of bravery, while some consider it as an art to making the skin more beautiful and still others consider it as a taboo and desecration of the skin.

However, for Billiat they are a celebration of his success and identity while also being a platform to honour his loved ones.

Billiat revealed that his first tattoo was of the words: “Thank God for who I am” inscribed on his inner bicep. He describes it as one of the most painful tattoos he has had to date together with others on the left side of his lower neck area and his upper back.

The Warriors star also has names of his sister (Lissah), his daughter Kimberly, his father Mustafi, his mother Rosa inscribed on his left arm which also features tattoos of his nickname Gaucho and his surname.

Although Billiat says he has an intense fear of cats, the Kaizer Chiefs star man has a prominent tattoo of a feline on the back of his right hand.

“I have phobia for cats, I cannot sleep in a house where there’s a cat so I [had the tattoo] to try and make myself more calm when it comes to that. I don’t know why I did it but because I’m not friends with cats,” he said.

One of the most eye-catching tattoos Billiat has is that of a crown with the words King written on it in capital letters on his neck which he said was inspired by Liverpool’s Brazilian forward Roberto Firmino.

Barcelona midfielder Arturo Vidal was also the inspiration behind one of Billiat neck tattoos. It has the Chilean’s initials A and V inked while overlapping each other.

“My neck tattoos were not that painful as I thought it was going to be. The crown was inspired by this guy who plays for Liverpool, Firmino. His is unbelievable and he’s a great player I look up to. The other tattoo basically I saw it on Vidal and I loved how it looks. I started with a tattoo on the most painful place and when I started doing other ones it wasn’t as painful as the others. I could handle the pain better,” he said.

Billiat says the tattoo with the word “blessed” inscribed on his upper back is the most influential one on his body.