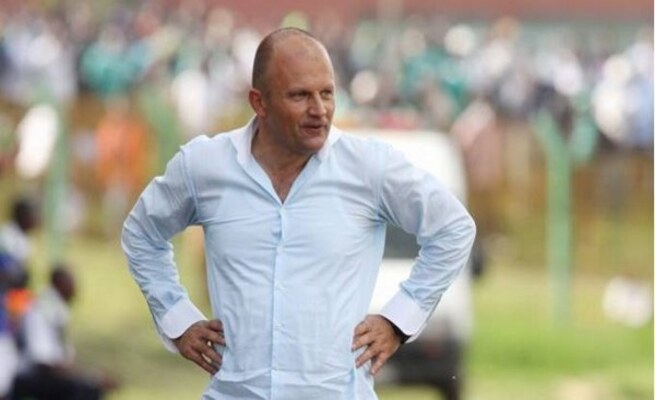 WARRIORS coach Zdravko Logarusic is an unhappy man — the extended period he has spent picking up his pay cheque without fulfilling his contractual dues has left him exploding with frustration.

The Croatian gaffer was initially expected to start taking charge of the Warriors in March, just a few weeks after his appointment at the end of January, in back-to-back AFCON qualifiers against African champions Algeria.

But seven months after putting pen to paper to replace Sunday Chidzambwa as the Warriors head coach, Logarusic is yet to plunge into the real action.

He has been holed up in his home country, Croatia, where he went to spend time with his family.

And, with CAF having earmarked November for the possible resumption of the 2021 AFCON qualifiers, whose finals will be played in 2022 in Cameroon, Loga said he can barely wait to return to Zimbabwe to start preparing for those matches.

“I am a football coach and I want to be involved in football," he said. “I can’t sit at home when my profession is football coaching. I am happy that, at last, I will be in the dugout, doing what I like to do most.

“There are two things here. I am excited and frustrated,” said Loga.

“I am already preparing to come back to Zimbabwe after having spent time staying at home in Croatia.

“I spent a considerable time in Zimbabwe during lockdown hoping football was going to be allowed back early. I only travelled to Croatia after it became apparent it would take time before football could be allowed back.

“But, now that there are dates set for football resumption, I need to be on the ground, working and consulting with my assistants as we strategise for the upcoming fixtures. I was supposed to have come mid this month but I will be back early next month.

“I am happy that finally, AFCON qualifiers are back.

“I am praying that the domestic league kicks off as there are players who we want to include in the team and also praying that those playing outside the country pick good form between September and November.’’

Algeria lead the standings in the group, with six points from the opening two encounters while Zimbabwe are second with four points, having played the same number of matches.

Botswana are third with a single point, while Zambia anchor the log with no points, having lost both their opening matches.

Loga said while the attention is on doing well in the upcoming AFCON qualifying fixtures, he is also concerned about the inactivity in domestic football with CHAN finals only four months away.

The finals of the biannual competition which is exclusive to only players plying their trade in their respective domestic leagues are scheduled to take place in January next year.

And, with the local season unlikely to start this year, Logarusic is a worried man.

“I am very worried with the delays in the start of the domestic football season,’’ he said.

“If CHAN is allowed to proceed in January then we are in a fix with the delays happening. We will have to see how best to plan as the technical team.

“Maybe, we will have to select the players and start training, I don’t know. I just hope the season gets underway.”

In sharp contrast, new Zambia coach, Milutin “Micho’’ Sredojevich, who at one time was linked with the Warriors job, has been holed up in Lusaka, working on his project to turn around Chipolopolo.

“When you are outside and looking at the Zambia post, you get a positive picture,” Micho told BBC Sport.

“But, sincerely speaking, when you take the job it is even 10 times more positive. The magnitude of the job is huge.

“This is a country of unbelievable football potential and an enormous amount of talent plus a football culture that really lives and loves the game whole heartedly.

“You must believe it when I tell you that every day I wake up and feel I have to do something for the game here.

“I cannot go to sleep unless I feel I have done something. It is true that the job is enormous, and I have no words to express the feeling of carrying the hopes of 18-million Zambians on my shoulders.

“Zambia has an enormous name in the world of football, but has done so poorly lately,” the former Uganda boss said.

“The positive picture of Zambia in football is evaporating, so there is a sense of pride that needs to be restored. We want to use this to generate a positive energy to reclaim the pride of Zambian football.”

Chipolopolo and the Warriors still have an outstanding qualifying match in the 2021 AFCON finals set for Zimbabwe.

The Zambians also have a home tie against the Algerians, and an away battle in Botswana, matches whose results could also have a bearing on the outcome of the qualifiers.

While the Warriors have qualified for the last two AFCON finals, Chipolopolo have missed the party on both occasions.