The president posted the photo below and captioned it:

“Nonsense about @HighlanderBosso. Ezikamagebhula? Get away and get a life!” 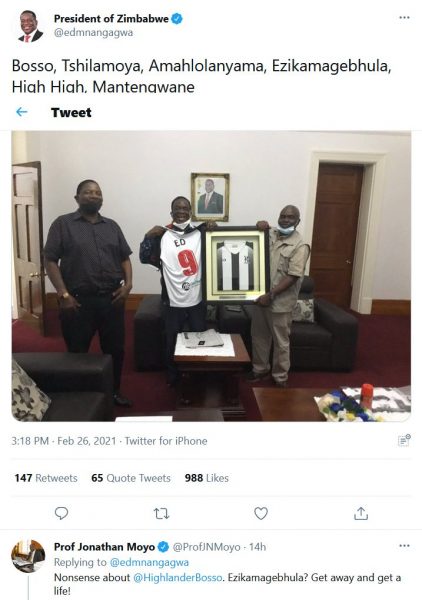 Asked why Bosso affairs concerned him since he was a Tsholotsho FC supporter, Moyo said:

“I am when it’s there but even so, @HighlanderBosso is the people’s team and, as an institution, it is tied to the people’s culture and history; to which I’m a claimant!”

What is common between Bosso and Orlando Pirates is the black and white jersey.

Some said Mnangagwa’s act was just a publicity stance while some said he wanted to appease the people of Matebeleland for the 1980s massacre popularly known as Gukurahundi.

Some took the opportunity to raise issues bedevilling Matebeleland which include the poor road networks which they said were chasing potential investors away.