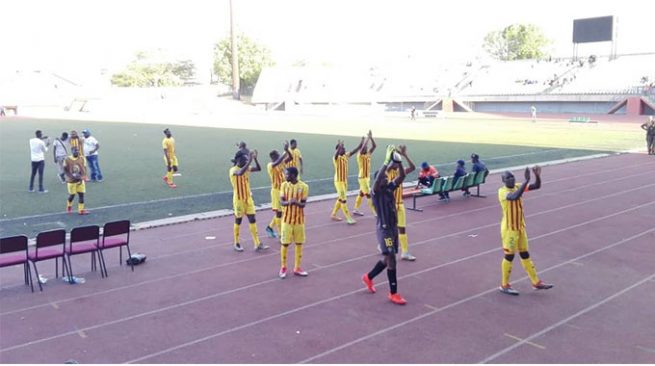 ZIMBABWE have qualified for next year’s Africa Cup of Nations after Zambia drew 3-3 with Algeria in Lusaka on Thursday.

The Warriors had earlier on beaten Botswana at the Obed Itani Chilume Stadium in Francistown and had their eyes firmly on the result between Chipolopolo and the Dessert Foxes at the National Heroes Stadium. Any result that was not a win for Zambia meant had secured a ticket to Cameroon.

Zimbabwe have eight points, three behind Algeria, Botswana and Zambia are on four each with each team having one more match to play, which means the top two will remain the same whatever happens on Monday.

As the match ended in a stalemate in Lusaka, the Zimbabwean players could not contain their excitement as they burst into song and dance at their team hotel in the presence of Zimbabwe’s Ambassador to Botswana, Batiraishe Henry Mukonoweshuro.

Zimbabwe a country that endured years of failing to qualify for the Afcon, with their first appearance coming in 2004 when they went to Tunisia have now qualified for the biggest competition on the African continent three times in a row.

It was also a great day for coach Zdravko Logarusic, not only recorded his first win since he was appointed a year ago and he has now become the first foreign coach to take the Warriors to Afcon as locals had done the job before.