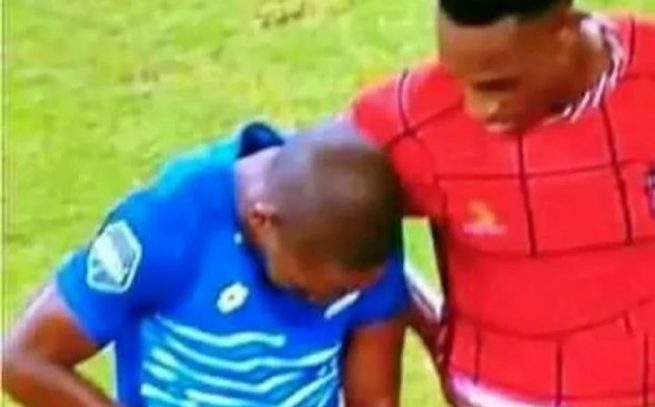 But tragedy happened and one player got hit with a ball in the most sensitive part of the body.

And an opposition teammate wanted to inspect how badly hurt was he, then the Maritzburg player showed him his itchy 4-5.

But what they both weren’t aware of what that camera lenses were zoomed on them and they could see the resting beast in the soccer trouser.