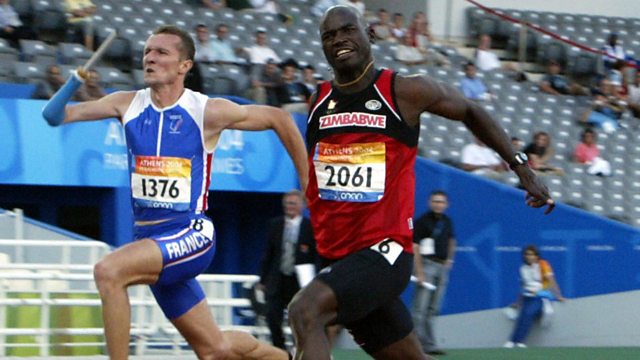 In an interview with Zim Morning Post from his Zvishavane base, Mujaji said he is a bitter man after he invested and lost his money in an ill-advised CFX bank investment.

“In 2004 after winning in Athens Greece the former President (Robert Mugabe) gave me some money and l bought a double storey house deposited some money in an investment fund at CFX bank but the bank went under,” Mujaji said.

He said he reached out to Mugabe to help him recover his money but he was snubbed at a time his four children from two wives were going to boarding school.

“That is when everything went bad, l had to pay for school fees for my children and they were at boarding schools and couldn’t afford. I ended up disposing my house in a botched swap deal, things did not get better as l was also getting to my retirement age,” he added.

He pleaded with the government to assist him as his chips were down.

“Right now everything is not rosy, I have two wives and four children and my plea to the Government of Zimbabwe is to give me a job so that I can at least cater for my family,” he said.

Mujaji competed at the 1998 Commonwealth Games before suffering severe burns in an electrical accident while at work. His right arm was amputated, and he remained in a coma for two months.

After recovering, he resumed training, and qualified to compete at the 2000 Summer Paralympics in Sydney. He was the fastest runner in the heats of the 200 metres sprint, but was disqualified for having encroached on another lane.

He won gold in the 100 metres sprint – Zimbabwe’s first ever Paralympic gold medal.