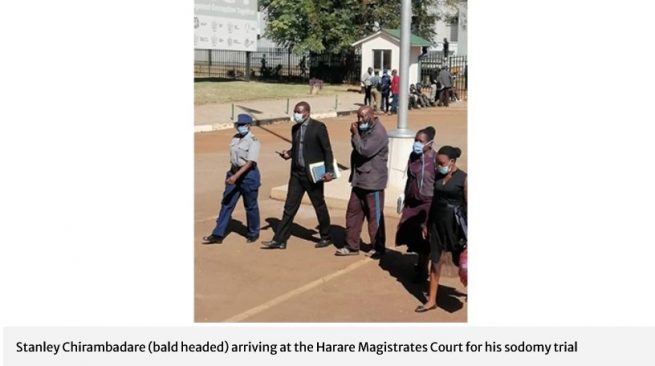 DYNAMOS legend Stanley Chirambadare, who is charged with aggravated indecent assault, is expected to make his freedom bid at the High Court today.

His bail pending trial application was deferred to today by Justice Tawanda Chitapi.

Chirambadare, through his lawyer Knowledge Maeresera, had approached the High Court where he made his application in terms of Section 117 of the Criminal Procedure and Evidence Act.

The ex-footballer is answering to allegations of se_xually abusing a teenage boy at his soccer academy in Mufakose. He allegedly lured the boy using sweets.

It is the State’s case that sometime in March, the teenage boy visited Chirambadare at his residence along Mukonono Road in Mufakose where he wanted to clean the house in return for sweets.

The boy used to visit Chirambadare’s place in the company of his friend, but on the day in question he went alone.

After cleaning the house, Chirambadare allegedly called the boy inside the house where he said he wanted to give him sweets.

It is further alleged that when the boy entered the house, Chirambadare grabbed him before se_xually abusing him.

The Dynamos legend allegedly went on to threaten the boy with death if he disclosed what had transpired to anyone.

The State has it that Chirambadare allegedly se_xually abused the boy on several other occasions.

However, the boy started developing piles and told his uncle leading to his coach’s arrest.

Chirambadare is expected back in court for routine remand on May 13.