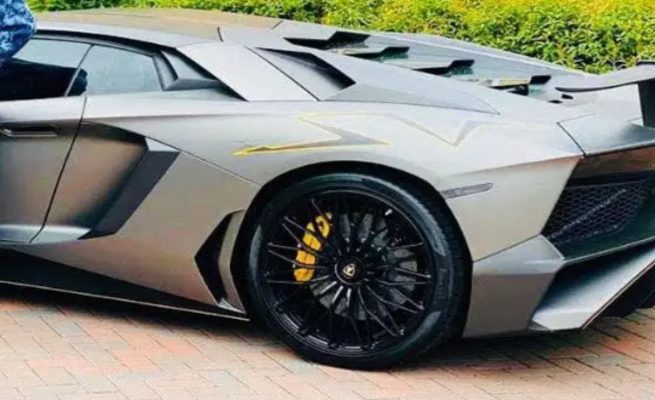 ZIMBABWE international football star Marvelous Nakamba is living up to his status as the country’s highest paid professional sportsperson following viral pictures on social media of the star showing off his lavish Lamborghini Aventador on Wednesday morning.

The 27-year-old England-based midfielder, who is in his second season at English Premier League side Aston Villa, reportedly earns a cool £45 000 a week at Villa, which makes him the country’s highest paid footballer. 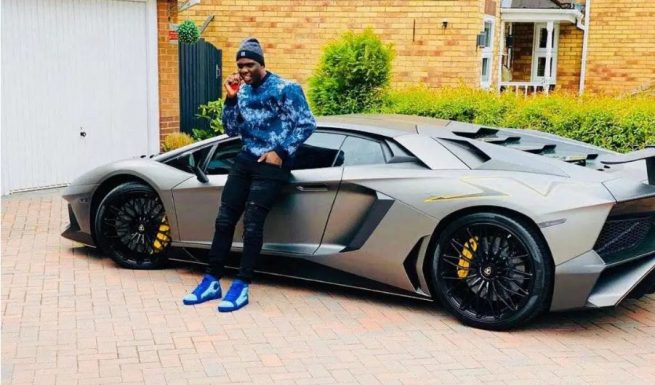 Nakamba also appears to have a fine taste for the finer things that come with earning handsomely judging by his latest acquisition.

Nakamba’s latest super car puts him in the league of professional footballers like Cristiano Ronaldo, Eden Hazard, Benjamin Mendy, Pierre-Emerick Aubameyang, Paul Pogba and many other Europe-based football stars who own a Lamborghini Aventador in their car collections.

The Lamborghini Aventador SVJ which is reportedly worth a staggering $425 000 has a top speed of 217mph and it accelerates from zero to 60mph in just 2.8 seconds.

Nakamba has been spotted arriving at his training sessions at Aston Villa in a number of luxurious vehicles such as a Mercedes Benz CLA-250 Coupe and a Brabus 800 Widestar.

Villa signed Nakamba on a five-year-deal from Belgian giants Club Brugge for a reported transfer fee of £11min August 2019.

While Nakamba enjoys spending his money on luxurious cars, he also has a very generous heart as evidenced by his donations to children from less privileged backgrounds in the country.

He plans to set up a soccer academy in his hometown Bulawayo and early this week his foundation announced that it would be hosting a youth football tournament to be held in the country’s second largest city early next month.

When Nakamba travelled to Zimbabwe to join the Warriors ahead of an international friendly against Malawi on October 11 last year, he was welcomed at the Robert Mugabe International Airport by Ginimbi.

The self-proclaimed King of the all-white party immediately took to Instagram to share with his followers his meeting with Nakamba before announcing “it’s going to be going down tonight!”

“Welcome to the streets of Harare. Guys it’s going to be going down tonight,” Ginimbi bellowed.

“This is our guy, Nakamba – man of the moment. Look at this,” Ginimbi said as he wiped Nakamba’s trendy sneakers, “Swag on point,” he added.

News Cynthia Goba - 29 July 2021 0
Three women were robbed on Tuesday after getting a lift from three men in Karoi who produced a gun and knife, taking nearly USD$3...
Loading...