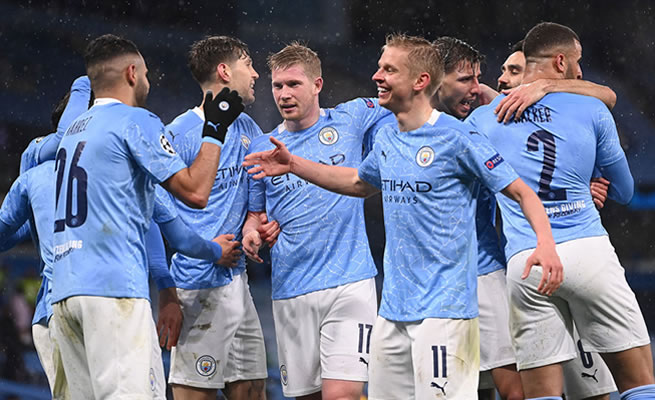 All great teams have a cycle; a period when they dominate leagues and other competitions. During that period, they may win trophies and more. But a point in time comes, when the squad needs to be rejuvenated and new blood injected. At times a change in philosophy is required, to accommodate the new players expected to push the club to new heights.

Manchester City have reached that stage and once again, the state of the club is demanding for a rethink ahead of the coming season. Whereas City still have a serious team that can compete for honors, there are a few factors that are working against the current philosophy and as seen in the UEFA Champions League final, new ideas are needed.

Pep Guardiola’s penchant for overthinking and his unpredictable squad rotation moves notwithstanding, a few top players must leave for the team to progress to the next level. There has been talk of a number of players being put up for sale and this will go far as a very clever move for City.

The coming season is expected to be more challenging than the one just concluded and with fans expected back, clubs must be budgeting for the revenues that comes with. The value of investing in a team can never be overlooked, and on Wincomparator, the football betting predictions will definitely favor the best assembled squads.

Manchester City legend Sergio Aguero has already left, joining Barcelona. His dejected frame, in tears at the end of their Champions League defeat highlights the need for new blood at the team after Guardiola’s experiment in the game backfired.

Age is not on Fernandinho’s side, yet he too was out on the bench when needed to impact one of City’s biggest games of the season – the Champions League final. He is among players to be released, and rumor has it that Raheem Sterling, Bernado Silva, Riyad Mahrez, Ilkay Gundogan and Gabriel Jesus are set to follow the same route.

These reports can only point in one direction, that City will invest heavily in their attack though some defensive presence in midfield will be crucial, with Fernandinho getting slower. Aymeric Laporte is also rumored to be on the way out, with a lot of interest in Spain after switching nationality from France to Spain.

It is reported the club will fundraise by selling players, to bring on board England stars Jack Grealish and Harry Kane. These two won’t come on the cheap, especially after their high numbers last season in terms of assists and goals.

The two are part of the England squad at the Euro 2020 and with every game that the Three Lions play, they will be in focus, with their clubs expected to cash in. England will be up against Scotland in their next game at the competition and the two are expected to start.

In a move that could badly shake the transfer market, City are also said to be working on an irresistible deal for Borussia Dortmund forward Erling Halaand, and in the German side’s rating of the player, the Premier League side could be forced to pay in excess of £90m to land the Norwegian. A sum total of all the transfers the team is targeting could rise to about £200m, which will call for the sale of some stars, thus the possibility of big-name exits.

Meanwhile, the club seems to be pulling out of a deal to sign Sporting Lisbon defender Nuno Mendes. The reason remains unknown but it remains a fact, the club needs new blood.

News Cynthia Goba - 30 July 2021 0
IN African traditional culture, it is taboo for a father and son to “dip” in the same well or sleep with the same woman. A...
Loading...