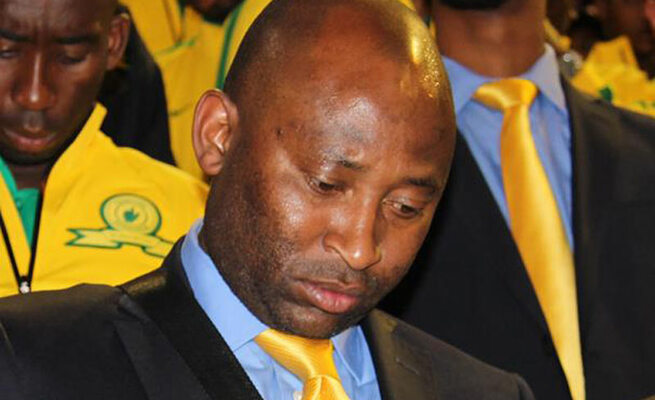 MAMELODI Sundowns team manager and former Zimbabwean footballer Peter Ndlovu has fathered 13 children with different women and is supporting them with the R130 000 monthly salary from the Brazilians.

The startling titbit is contained in urgent court papers in the Joburg High Court in which he seeks to overturn the garnishee order by the Joburg Magistrate’s Court to force his bosses to dock his salary for his other two children.

Ndlovu is pleading with the court to set aside the order, which forced his club to deduct over R140 000 in arrears.

He said if the amounts continued to be deducted from his salary, his other kids would be prejudiced. Ndlovu takes home R82 125,49 after R50 940,78 deductions.

“I have 13 children, including the two children I have with the first respondent. I’m obliged to contribute and see to the maintenance needs of all 13 of my children. I can simply not afford a deduction of R29 845 per month from my monthly salary,” he said.

He said he first heard of the existence of the children in 2016 when their mother filed a maintenance lawsuit against him in the Joburg Magistrate’s Court.

He said the order also made provision for him to pay school fees, stationery, transport, school uniforms and pay their medical aid and R6 000 for winter and summer clothes.

He said since the order was slapped on him, a total of R79 845 was docked from his salary by Sundowns.

Ndlovu said he went to court to refute that he was in arrears and also asked for an explanation why he was not invited to challenge the application of the garnishee order.

He said the court gave him a date of January 21 to challenge the order, but the case was postponed several times because court officials claimed that they could not locate the file.

He said on January 28 he and the woman appeared in court again in which she sought to increase the papgeld amount to R55 000 a month.

Ndlovu is now pleading with the court to set aside the order until he sees the arrears. She sought to increase the amount to R55 000.