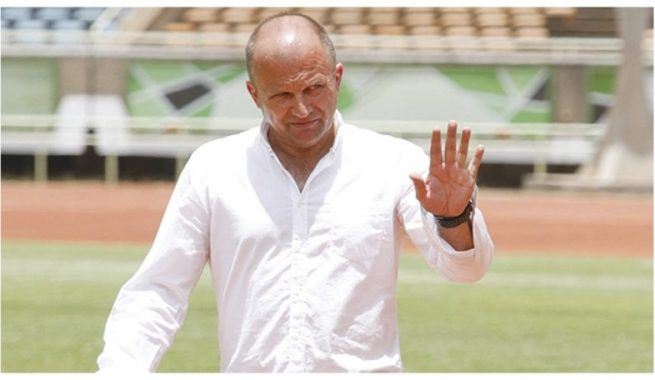 Logarusic was assisted by Lloyd Chitembwe, Tonderai Ndiraya as well as former Warriors captain Benjani Mwaruwari who was appointed recently ahead of the two 2022 Fifa World Cup qualifiers against South Africa and Ethiopia.

Zifa on Sunday (today) announced that they had parted ways with Logarusic, who presided over 14 matches since his appointment last year. Out of those matches, he only won one, drew five and lost eight.

“The Zimbabwe Football Association (ZIFA) would like to inform the football fraternity and the nation at large that it has amicably parted ways with Senior Men’s team coach Zdravko Logarusic. The decision was arrived at upon consideration by the full Executive Committee of all the various relevant circumstances pertaining to the coach’s contract.

“The entire technical team has also been disbanded. The appointment of the interim technical team shall be announced in due course as the Executive Committee has already set in motion the process,’’ read the statement released by Zifa.

Calls for Logarusic to be sacked grew louder following the 1-0 defeat Zimbabwe suffered at the hands of Ethiopia last Tuesday, which saw the Warriors drop to the bottom of the group with just a point. Zimbabwe are the only team yet to record a win in the group while Ethiopia, Ghana and South Africa have one victory each.

Horror scenes as 3 women bash boyfriend to death, dump his body in pit

News Muza Mpofu - 13 September 2021 0
A HARARE woman teamed up with her sister and friend to fatally assault her boyfriend following an alteration. Rhoda Mbofana (36), along with her younger...

Sports Muza Mpofu - 12 September 2021 0
The Zimbabwe Football Association board has agreed to sack national team coach Zdravko Logarusic following a string of poor results. The Croat only managed one...

News Cynthia Goba - 12 September 2021 0
A man from Chief Nyajena in Masvingo died last week a day after he was beaten by his brothers who were trying to restrain...

Sports Sekai Moyo - 12 September 2021 0
The Zifa executive committee is set to meet in Harare today to deliberate on the fate of under fire Warriors coach Zdravko Logarusic and...

News Tshuma Rueben - 12 September 2021 0
VILLAGERS in Siyaphambili Village in Filabusi, Matabeleland South Province, are living in fear and shock as they struggle to come to terms with the...