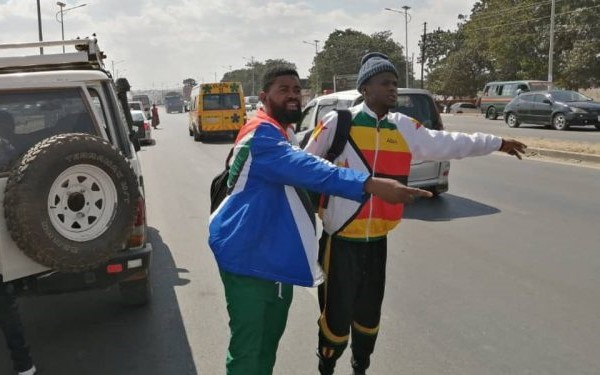 Warriors cheerleader Alvin ‘Aluvha’ Zhakata has been hospitalized after he collapsed at a hotel in Yaounde following the Malawi, Morocco Africa Cup of Nations last 16 clash on Tuesday night.

According to football writer Francis Gaitho, Aluvha “is in a bad state.”

Gaitho who posted the message on his twitter account in the early hours of Thursday morning said that the lanky Warriors super fan, was awaiting a Caf medical official for guidance.

He is in Cameroon for the Afcon finals at the invitation of Caf and has been in the country since the tournament started. 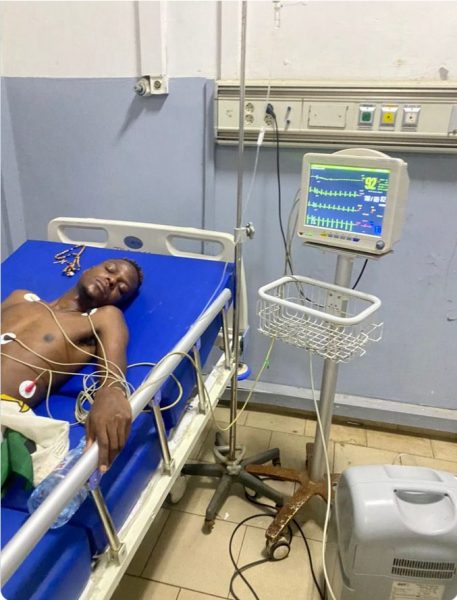 Aluvha watched all of the Warriors three matches in Bafoussam and Yaounde and stayed at the same hotel as Zimbabwean journalists as well as Sports and Recreation Commission and sports ministry officials.

After Zimbabwe were eliminated from the tournament he left the hotel to go to the Caf Centre.

He posted a number of pictures while enjoying himself at the Malawi, Morocco match in the VIP enclosure of the Ahmadou Ahidjou Stadium.