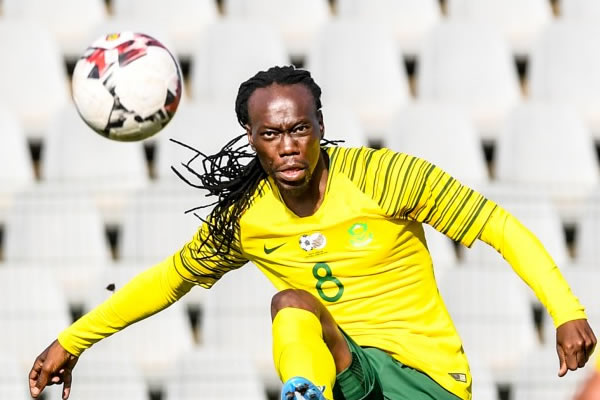 Former Bafana Bafana and Chiefs stalwart Reneilwe Letsholonyane keen to continue in football with an eye on coaching in the PSL. Reneilwe Letsholonyane has spent the last year deciding whether to continue playing or to take up coaching as his new career. In 2021 he obviously had an inkling that his playing days were over as he started studying for his Scottish UEFA B Coaching licence. This year he has taken the plunge, hung up his boots and embarked on a coaching career. He has decided to give back to the community in Soweto by coaching a township club Pimville Young Stars. He was affectionately known as YeYe by his adoring fans and will be looking at completing the more advanced B Safa/Caf licence coaching certificates before taking on higher profile jobs.

Footballers are known to make risky but exciting decisions within a match therefore many of them decide to stay in the game after retiring by choosing to take the gamble and get into coaching.  If you also looking for added excitement in football then you should fancy a bet your favourite team. Check out the betting sites in ZA as there are always great betting offers for football fans as matches from around the world are covered.  There are hundreds of bets available on each match guaranteed to keep you glued to the match until the final whistle. During his playing career he was one of the most marketable footballers with his trademark dreadlocks and used his popularity on social media to launch two successful businesses. He owns Sha-Ye, a lifestyle lounge in Germiston and 88 Apparel Q which is a store selling clothing designed by Letsholonyane. He is not the first South African footballer to launch his own clothing line with his former national teammate Teko Modise also has his own fashion label. Another of Letsholonyane’s former teammates from Kaizer Chiefs, Morgan Gould has his own fashionable line of caps.

Letsholonyane had a highly decorated career and played 331 league matches, one of the few players that got over the 300 cap mark in local football. The majority of these matches were for Kaizer Chiefs and he helped them win two league titles. The ex-Bafana Bafana star also played 54 games for the national team scoring two goals. His dedication and hard working attributes are the reason that he prolonged his professional career to the ripe old age of 39. These qualities will stand him in good stead for his future coaching career. He came from humble beginnings and played for a host of teams in the lower leagues before joining Jomo Cosmos in 2006. He got his big break in 2008 when he joined Kaizer Chiefs. He stayed with the Soweto giants up until the 2016/17 season when he joined Supersport United. He never quite reached the heights like he did with Chiefs and eventually left Supersport to join Highlands Park. His final swansong in his illustrious football journey took him to TS Galaxy where he ended the 2020/21 season making only 11 appearances for the club. On the 1st of July 2021 he sent out a video on social media announcing his retirement while displaying the jerseys of all the clubs he represented.