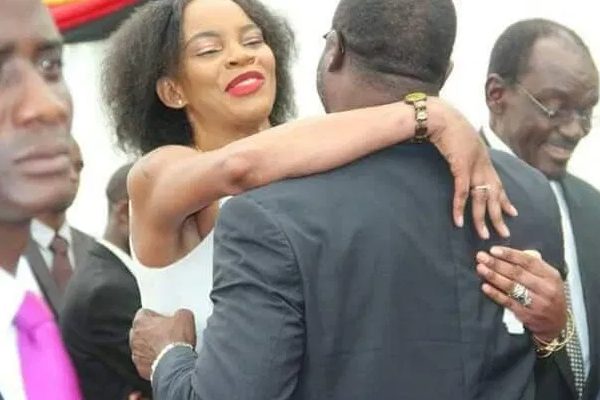 How Kawondera met Marry Mubaiwa and the Ginimbi factor

Such was the case of Shingi Kawondera.

He met Marry in 2004 through Ginimbi. To whom he had been introduced by Terrence Mtandwa (brother to rapper Mudiwa Hood and entertainment consultant Mahwindo).

“I met her through Ginimbi,” Kawondera said.

“I had met Ginimbi around 2004 but was more close to his cousin Terry who is Mudiwa’s brother. What happened is I was in camp at Cresta Lodge hotel and l wanted a local number since I had just got back from Cyprus.”

“Terry sent Ginimbi with the line. l then gave Ginimbi an old US$100 akabva atadza kuichinja (he failed to make use of it) and he came back the next day when I was preparing to go for lunch. Then l opened my drawer to take my perfume and Ginimbi achibva awona mari (Genius saw my money).”

“I had something like US$7,000 and he was like ‘mdhara mari yese ndeyei ndakati, if we win our game ndeye party If we lose hameno.’ (You have so much money, if you win the game we ought to party and if you do not we will still make a plan!).”

“He went on his knees. Remember I didn’t know him? This was our second meeting zvikanzi mudhara please if you can give me this money about US$5,000 I will buy Econet sim cards (and resell). I will come back in two to three days even before your game and repay you.”

“I trusted him and gave him US$5,000. After three days he came back and he had sold the lines in two days. I didn’t ask for my money back as we became like partners.”

“He was already into gas but he didn’t have the enough capital so we used to sell only two to three tanks per day.”

“When I went to Turkey around 2005-2006 that is when Pioneer Gases started. I brought in about US$60,000 then we drove to Ndola in Zambia takahodha gas, rakawanda, I know they are some people who claim to have helped Ginimbi but they can never say that to me as far as Pioneer gases is concerned. I know better,” said Kawondera who was evidently nostalgic.

Marry was at the same hotel where she wanted to meet Charles Mhlauri with the view of asking him to be one of the judges at a beauty pageant.

So Ginimbi then introduced Kawondera to her and they exchanged numbers because he wanted to assist her to convince Mhlauri, recalled Kawondera.

Ginimbi was to later tell him that Marry was his aunt. When he returned to Turkey, he kept in contact with Marry who was interestingly still married to Mandizha but their conversations were purely business, he claims.

“When I was in Turkey l was a bit bored remember we didn’t have WhatsApp those days and I couldn’t send text to Econet so I started scrolling my phone you know looking for someone with a Netone number and only Marry was available so we started chatting,” recalled Kawondera.

“She was still married then and it was a genuine clean chat.”

“When I came back from Turkey I was staying with Ginimbi in Strathaven. I called Marry just to check on her, she said she would visit, but l wasn’t putting much pressure.”

“Then one day we were just chilling in the morning myself, King Labash and Ginimbi and I was like Ginimbi do you know that I still talk to the queen of your clan zvekuti ndichida kutopedza masports ndogona kutopedza (laughs) (If I want to win her heart I can),” he said.

“Ginimbi laughed at me and said wakuda kuzvi bigger (you’re bragging too much). Then I called Marry and she said she would come within an hour. Ginimbi musi uyoyo akakorobha mumba ndati,(On that day Ginimbi swept the house, I tell you), well that’s how important Marry is to their clan. She came after an hour,” he recalled.

After that visit, friendship blossomed into love and later into marriage.

It was, however, not a Captain Smith and Pocahontas story as the marital bliss was soon to end in a nasty fashion.