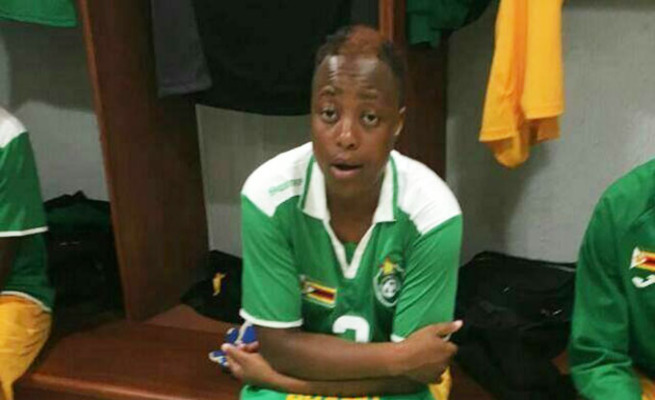 Bhamu represented the Mighty Warriors at the Africa Women Cup of Nations finals in Cameroon in 2016. She made a great comeback for a bigger tournament after she had missed out on the Olympics that were played three months before the continental showpiece.

Bhamu passed away on Thursday evening at Parirenyatwa General Hospital where she was admitted the previous day.

According to her younger sister Gloria Bhamu, she had collapsed at her family home on Monday.

“She was rushed to Parirenyatwa and they said she had suffered a stroke and her blood pressure was very high. Her condition was bad and Thursday evening she died,” said Gloria.

Before the tragedy, Bhamu had appeared in good health and she trained with her teammates at Harare City Queens last Thursday.

Bhamu was the third born in a family of four. She was still single.

The veteran player was also a part-time coach for the girls’ team at the BN Academy.

“The players are in shock and everyone is devastated. She trained on Thursday but our weekend match was cancelled so on Friday we did not train and we resumed our training sessions on Tuesday.

“It is a sad loss. Bhamu was a hardworking player. She was a cheerful player and her absence will be felt,” said Giwa.

The veteran coach, who has groomed a number of players from the high-density suburb of Mufakose, started working with Bhamu when she was still in school.

“I started working with her when she was in Form 1 at Mufakose High 3.

“She once went to play for Black Rhinos Queens and then came to Harare City, and she was working with coach Rose Mugadza and I was with the junior team,” said Giwa.

Bhamu began her career as a right-back before she was later converted into a midfielder.

She featured for the national Under-20 side as well as the Mighty Warriors.

Former Mighty Warriors manager Charity Munemo said she was saddened by the death of the midfielder.

“It is a sad day for women’s football. I am heartbroken. I worked with Bhamu for many years when she was still playing for the national team. She was quiet but was always cheerful. She never got herself into trouble during camps. May her dear soul rest in eternal peace,” said Munemo.

Mourners are gathered at 11919 Kuwadzana Extension.

The burial arrangements will be advised in due course.