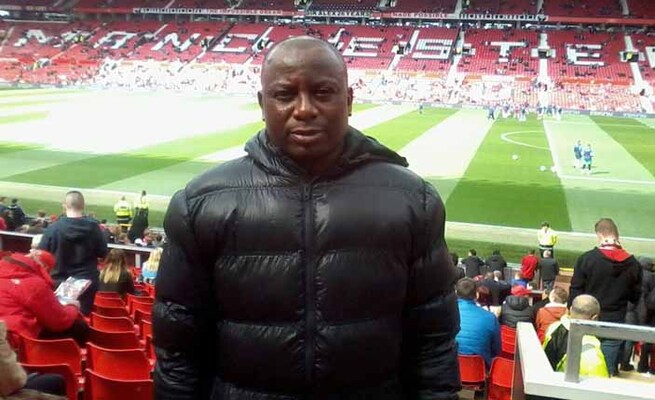 Dynamos Football Club legend Memory Mucherahowa on Friday ignited a Twitter storm when he suggested that Zimbabweans must vote for change next year blaming dwindling numbers at soccer matches on economic hardships.

The former DeMbare captain said this ahead of match involving city rivals Dynamos and CAPS United at the National Sports Stadium on Sunday.

Dubbed the Seven Million fan club in the 1980s, Dynamos hardly pull any crowds anymore after a two-year hiatus caused by the Covid-19 pandemic.

Reminiscing his days, Mucherahowa put up a Dynamos pull-out poster of DeMbare in 1990 when they won the Natbrew Cup, showing a bumper crowd at the National Sports Stadium.

“Fans, crowds, vote, football, you are stretching it – you must be living in your own universe not to know a myriad of factors that have affected attendance of sport events globally.”

Responding to Mucherahowa on the same topic, “Molan” argued that fans no longer attended matches because the style of football was lukewarm.

“It has nothing to do with politics of the land but rather the football that’s presently being played does not attract fans to come to the stadium. It’s not a marketable brand anymore.

“Zimbabwe Football Association and the Premier Soccer League are not orderly,” he said.

Retired referee Ken Marange said the reason why crowds are low at the soccer matches is largely due to the Covid-19 pandemic.

“Most clubs, enterprises and people are recovering from the effects of Covid-19. A lot of workers lost their jobs and people are prioritising bread and butter issues rather than entertainment. They need food on the table.

“However, it is important to note that standards have also gone down and hooliganism is not doing any good to football.”

Marange was referring to a recent match pitting Dynamos and arch-rivals Highlanders at Barbourfields Stadium in Bulawayo which was abandoned due to crowd trouble while Bosso were leading 1-0.

The PSL suspended matches while they sought their soul after the damaging advertisement and only returned to action two weeks ago.

Meanwhile, the PSL will take a two week break after the conclusion of weekend fixtures.