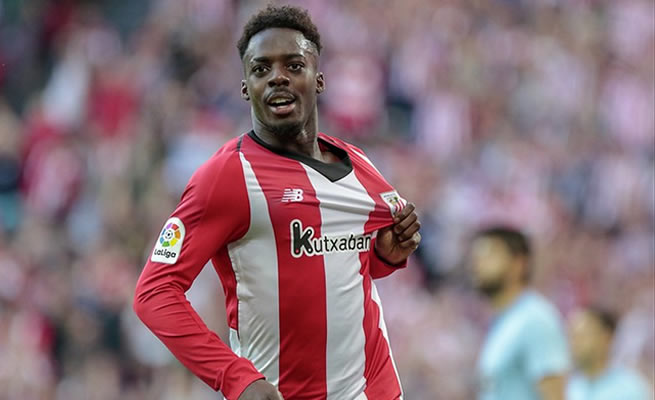 The Spain-born striker has just made the decision to represent the country of his parents. This adds a lot of value to the African team that will face the World Cup in Qatar in one of the toughest groups of the competition.

His international experience and knowledge of several of the opponents makes him a very important element in Otto Addo’s squad. True, he hasn’t played for the team and hasn’t been through the whole process, and it would seem unfair to take him, but his quality is unquestionable and having him on the team is a huge help.

Undoubtedly, the Black Stars bring a great team and can be the big African surprise in this winter World Cup. Visit site to place a bet on them or your favourite team. Here you will find the best places to do it, with the highest odds, and what is better, in the safest way.

Iñaki’s parents travelled to Spain across the Sahara on foot in an adventure worthy of a film. They settled in Pamplona, where the now Athletic Bilbao striker was born on 15 June 1994.

From an early age, he showed great skill and his physical power made him different from other children of his age. He surprised with CD Pamplona and when Athletic Bilbao saw him immediately wanted to sign him, but it was not easy to join the Basque team.

Athletic has a rule. Only those born in the Basque Country can play for The Lions. Obviously, the management did not think that the youngster was born in Bilbao, but when they checked documents and verified that Iñaki was indeed Basque, they did not hesitate to sign him up. They knew they had a gem on their hands.

He made his first-team debut in December 2014 under Ernesto Valverde, who saw a lot of potential in the player. He scored his first goal in the Europa League and immediately made history by becoming the first black player to score for Athletic Bilbao.

His commitment and heart have won over the hard-pressed Basque fans who see him as one of their favourites, and he has a record that is hard for anyone to break, as he has not missed a game for the club for six years. He has played 224 consecutive games. A real machine.

With Athletic, he has played 340 games and scored 73 goals, and has also been able to add trophies to the trophy cabinet of a historically winning club. He won the Spanish Super Cup in the 2020-21 season by beating FC Barcelona in the final. Where he became the hero by scoring in the last minute of the match. The club had not won a title since 2015, and Iñaki returned them to glory.

Being born in Spain, he was obviously eligible to play for the world champion team, and he got to do so in a U21 championship where they reached the final but lost to Germany. Despite his great performance in La Liga, he never really caught Luis Enrique’s eye, and one of Inaki’s wishes is to play in a World Cup.

Being of Ghanaian parents, he also had the possibility of playing for the African country, so after studying his possibilities and considering his age and footballing moment, he decided to declare himself ready to represent Ghana at international level.

What he has to offer the Black Stars

Needless to say, he is a tireless machine. He runs all game long and has an enviable individual technique. He can play all over the attacking line, is not unfamiliar with any of the flanks, and can be used as a winger because of his speed.

But his natural position and where he performs best is center-forward. His height makes him an aerial threat, but his intelligence in the box is what is most striking, as he is able to get free very easily He gets behind defenders’ backs very easily and finds gaps in defences that make him a very dangerous attacker.

He has a lot of goals and this is where he could be of great use to coach Otto Addo. His team has only been able to win one game out of the last 10. Only 9 goals scored. Clearly, they have a wet gun, and going into the World Cup it’s important to find someone who can light that fire on the offensive end.

Williams was not part of the qualifiers where Ghana made it to the World Cup, but the difficulty of the group made the Federation and the coach talk to him to let him know that he will be considered and that he has a very good chance of being part of the 26 players who will go to Arab lands to dispute the most coveted trophy in the world.

Portugal, Korea, and Uruguay are not easy opponents and Ghana have to use their best players if they are to make it out of the group of death. Inaki Williams is a player who can help them immensely, but he will need to adapt and get to know his teammates, and time is short.

FIFA decided to increase the number of registrations and this was one of the reasons why they looked for him, and he has a chance of going. With 23 places, it was going to be complicated to leave someone out who went through the whole process and has more right to go, but three more places open up the possibility of having the Bilbao-born player.

Ghana has a lot of strikers like Jordan Ayew and Felix Afena-Gyan and the coach sees him as a perfect complement to what they have in the squad now.

Will he make it to the World Cup with Ghana?