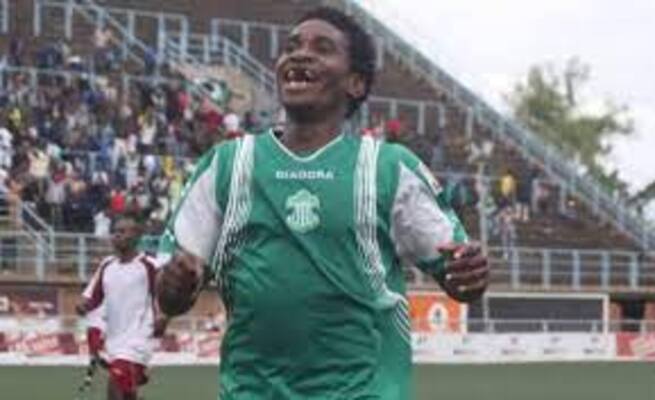 FORMER Warriors forward Evans Gwekwerere has dismissed claims that he is a SERIAL womaniser.

The 37-year-old denied ever using juju at the peak of his career or in his life.

Gwekwerere, who charmed many, including Alick Macheso, with his goal-scoring instincts, said he was a victim of haters.

He opened up during Star FM’s popular After Drive Show.

“Some of the stories are cooked. I accept because it’s just for two minutes.

“It’s better you guys stay in the dark because the people who know me better are my wife, my mother and family.

“I got married in 2019. I stay with my first wife and I have a child with her named Cristiano who is one year and six months.

“I am a number one fan of Ronaldo. I once stayed with Mai Tanya, whom I have a child with named Tanya, and she is 13-years-old.”

“My ex-wife, Perpetua is the one I had issues with. We just didn’t click and she was my second wife. Mai Cristiano is my first wife. Mai Cristiano came first. There was a tense atmosphere. She didn’t want a polygamous marriage and no woman would want that.

“Both were uncomfortable and I then decided on who to stay with. I then divorced her. She is now 51, and I have no kids with her.

“Mai Cristiano is 27, my second wife was way older than my first wife.

“Mai Cristiano didn’t know about this, unongoziva varume tinonyepa and I am not denying because I lied.

“That’s why I repented, I am a brand new man, I am born again. Everything I did is now under the bridge.”

“Perpetual is my ex-wife, she is suing Mai Cristiano for taking her husband. However, she forgets that Mai Cristiano is my first wife. Even patakachata, she knew everything.

“We are divorcing and she can’t sue because Natasha is the first wife. She thinks she is in a better position since she has a marriage certificate but forgetting that I also paid lobola kumba kwavo.”

“I can’t name them. People who say I have many kids don’t know me.

“People say I have a lot of kids, but they don’t know me. It’s for me to choose who I want to date. Ngavarambe vasingazive.”

Unlike most footballers who die paupers, Gwekwerere said he has a better future.

“I am just a simple guy, I can get in a kombi and pay and go wherever I want. According to Google, Evans is worth approximately around US$1.5 million. Cars are there. I can’t tell you about my properties but, maybe, my business.

“I am into fashion, sneakers, I sell designer shoes, clothes.”

“I fell at National Sports Stadium in 2001 when I went to watch the match between Dynamos and Black Aces,