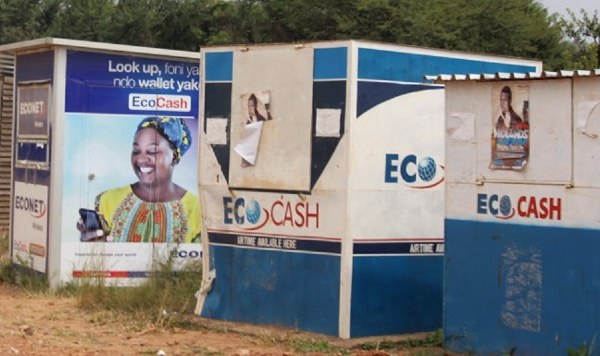 Ordinary Zimbabweans and economic experts have raised a red flag over excessive premiums charged by EcoCash agents when withdrawing cash, saying this was unlawful, inflationary and eroded recent salary increases awarded to most workers, including civil servants.

The experts and several people spoken to said there was need for monetary authorities and law enforcement agencies to institute investigations with a view to impose punitive measures on EcoCash agents, retail shops and other service providers who now had a three tier price for goods and services.

This comes as the Zimbabwe Anti-Corruption Commission said it was investigating the EcoCash agents while the Reserve Bank of Zimbabwe indicated that it would increase cash in circulation to eliminate arbitrage opportunity. In an interview, National Business Council of Zimbabwe (NBCZ) president Mr Langton Mabhanga said there was need for monetary authorities to impose punitive measures on errant EcoCash agents.

“These premiums on cash are fueling inflation and causing untold suffering to ordinary persons. There is need to protect ordinary workers who have watched helplessly as their salaries are being eroded,” said Mr Mabhanga.

He said he did not agree that increasing cash in circulation was the panacea to arbitrage.

“In Rwanda, we have a replica of EcoCash and you will notice that majority of transactions are through plastic money. What is lacking is supervision instruments that in my view have failed. There is need for an audit of these EcoCash agencies,” he said.

NBCZ founding president Dr Keith Guzah has since written a letter to EcoCash raising their concerns.

“I write to you on behalf of our membership and the transacting public regarding the way your EcoCash agents have systematically eroded EcoCash balances by charging up to 60 percent on cashing out,” he wrote.

“Your agents have single handedly brought untold suffering to all Zimbabweans to the extent that the rest of the working class is literally working to enrich your agents, in particular and EcoCash in general.”

Economic analyst Mr Percy Gwanyanya concurred that the levying of premium on cash was inflationary.

“That is a burning issue at the moment because it decimates the recent salaries that were awarded to workers,” said Mr Gwanyanya.

He said the root cause was the mismatch between available cash in the market with broad money supply on the economy. Mr Gwanyanya said the central bank should first increase cash in circulation and implement tight monitoring mechanism on EcoCash agents.

EcoCash has since denounced the levying of premium by their agents.