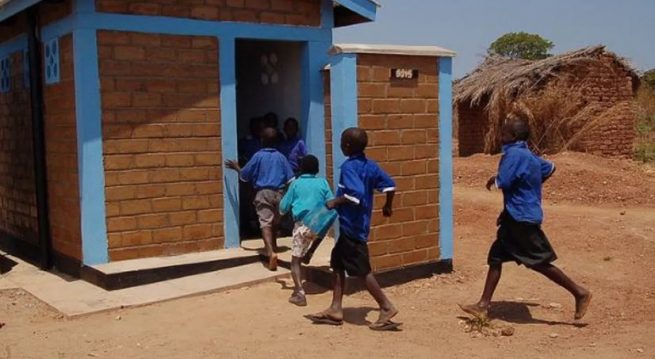 HE feels humiliated and is ashamed of himself.

And he has become a loner as he’s a laughing stock and is being called names.

This after the 11-year-old boy from the Eastern Cape was made to go down a pit toilet to retrieve his principal’s cellphone.

The principal allegedly asked pupils to use buckets to remove kak from the pit toilet after his cellphone fell in.

Afterwards, the boy was lowered into the toilet with a rope, where he had to stir the kak with his hands while looking for the phone. The principal, who has since been suspended, promised him R200 to get the phone. The boy’s gogo (75) said her grandson now kept to himself and was not as talkative as he used to be. She said she was furious with the principal’s actions and wanted him to face the consequences.

“I was shocked when he told me what happened. A school is meant to protect a child, but they failed him. It’s such a shame that my child was treated in that manner. I am heartbroken,” she said. Just because we are poor does not mean we should be treated this way.”

The gogo welcomed the intervention by Education MEC Fundile Gade, who ensured the boy and 10 other pupils were sent to hospital for observation.

Community leader Sithembiso Gwampa said they were called to a meeting on Tuesday, 16 March, where the school staff apologised for the incident.

“An apology is not enough. We want those involved to face the consequences. We were chased away when we first came to the school to ask what happened,” he said.

Gade’s spokesman Malibongwe Mtima told the People’s Paper investigators were at the school on Tuesday and were managing the matter. Gade is expected to visit the school tomorrow.