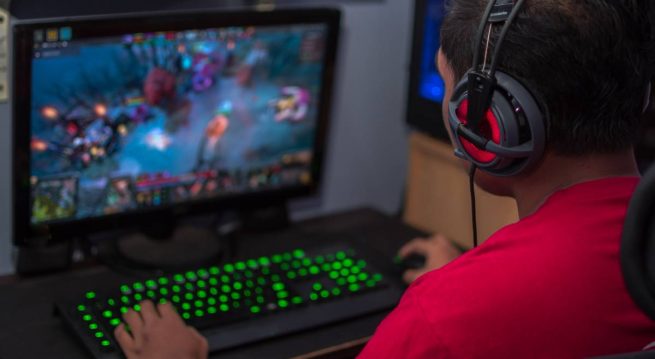 The gaming industry is quickly transforming each day. When video games and slot games were first introduced, they were entirely single-player in nature. Essentially, these games were built with only one player in mind. However, the popularity of competitive gaming has seen many players shift to multiplayer games. Both online casinos and brick and mortar have embraced the change and you are likely to find more multiplayer slot games and blackjack in casinos available online than you would have a few years ago. This is so because these gaming platforms have realized the value of interactional gaming, hence they are adopting multi-player games to attract more players to their platforms.

Strengths of Multi-Player as Compared to Single-Player

While comparing single-player and multi-player options, you will realize that the latter has superior properties, hence attracting more gamers. This is also another reason why the industry is transforming to cater to the tastes and preferences of the majority. For instance, using the Battlefield series as an example, you will discover that the multi-player mode is accessed by more players than the single-player suite. The multi-player option features chaotic modes that are highly entertaining, impressive sizes of maps, and destructible terrains which are quite engaging when you get to advanced levels of the game.

On the contrary, the single-player mode of the Battlefield series bears very inferior properties. Many players have testified that characters are not as interesting, and the game length is too short to create a thrilling gaming experience. Worse enough, the single-player mode has a mediocre plot that does not meet the expectation of a player who loves quality. As a result, most of them have resorted to games with multi-player options, including Homefront, Call of Duty, and Juggernaut among others.

Some of the reasons that are motivating developers to transform their single-player games to multiplayer games include;

The nature of gaming is now shifting, with just a handful of providers sticking to single-player versions. It is no longer a matter of simply completing a task; rather, the essence of gaming has turned into a source of delight for many players who share in the spinning and collection of rewards. It is even more fun to engage in a competitive encounter that will test your skill against others. In order to enhance the aspect of interaction, providers are creating games like Assassin’s Creed and Halo Franchise that feature stories and narratives so that participants can engage and chat over their experiences along the way.

The gaming world today has seen the entry of live dealers who are instrumental in completing gaming tasks. Their presence means that the games must be interactive where they act as intermediaries between gaming parties. The future of gaming also lies in virtual reality (VR) where most games will be played live. VR entails augmenting real-world information into the virtual world. The beauty of games built with VR technology would lie in live-action which is a characteristic of multi-player setups.

No doubt that single-player games are gradually transforming into multi-player because of the concerns around quality, entertainment, and length among other factors. While some gamers still embrace single-player games, we can expect to see more developers inclining towards multiplayer games.

News Muza Mpofu - 25 November 2021 0
British and French officials traded blame on Wednesday after 27 migrants died when their dinghy deflated as they made a perilous crossing of the...

Woman raped after being offered transport by bhinya on way home after attending Muridzo’s...

Possessed boy (12) leads family and villagers to scene where dad murdered and buried...

News Sekai Moyo - 25 November 2021 0
IN an incident that has left villagers in Mutoko shell-shocked, the remains of a mentally-challenged woman, who went missing for almost 15 years, were...

LATEST: UK piles on Mnangagwa, calls on Ramaphosa and Hichilema to act swiftly on...

News Cynthia Goba - 25 November 2021 0
THE United Kingdom Parliament has called on the regional bloc, in particular South Africa and Zambia, to act swiftly on Zimbabwe to arrest the...

News Cynthia Goba - 24 November 2021 0
British academic research has a daily impact on our lifestyles and is acclaimed across the globe for its quality. You will be immersed in...
Loading...