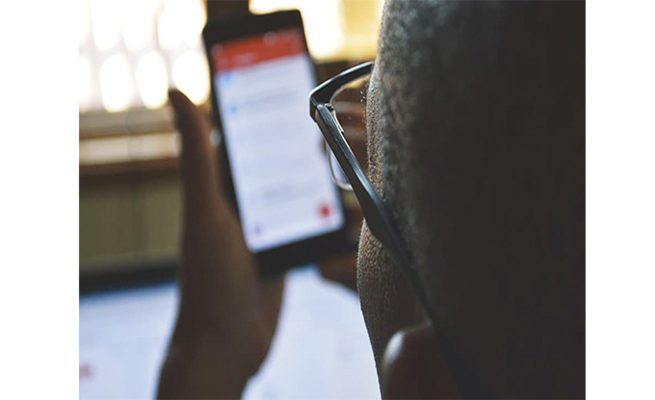 LOVE your neighbour as you love yourself!

But with the advancement of communication technology which saw the introduction of popular social networking sites such as Facebook and WhatsApp it seems this Biblical advice which is apparently gaining currency is being misinterpreted by many.

Ask Boniface Moyo from Queens Park East suburb in Bulawayo who nearly killed his neighbour Amos Maunga when he allegedly assaulted him with an iron metal bar, knobkerrie and fists all over the body after he suspected that he was dating his wife, Nomasiko Moyo.

This was after Boniface’s son came across a thread of “saucy” messages in his mother’s cellphone which she was allegedly exchanging with Maunga via Facebook.

The seemingly suspicious son took the cellphone to his father who later confronted Maunga and ruthlessly bashed him.

Proceedings to the near-tragic incident are that sometime in February this year Maunga started communicating with Boniface’s wife after he requested her on Facebook.

The two reportedly started to communicate and sent each other charming and saucy messages.

As fate would have it, sometime in April this year Nomasiko’s son took his mother’s phone to play games. While playing games, a message from Maunga popped up and when he opened it, he was shocked to discover that the message which was asking after his mother’s health was from their neighbour Maunga.

The seemingly stunned boy quickly took the phone to his father and the latter after reading the message, discovered that the two had been communicating for some time. He reportedly failed to control his temper and confronted Maunga. He forcibly dragged him to his house where he subjected him to a thorough hiding.

As a result of the savage attack Maunga sustained a swollen head, forehead, and bruises on his face.

Surprisingly he didn’t report the matter to the police but approached the Bulawayo Civil Court to seek a peace order against Boniface.

He however, didn’t come to court to corroborate his claims in his affidavit leading to his application being struck off the roll.

News Muza Mpofu - 10 June 2021 0
Popular Ghanaian spiritualist, Nana Kwaku Bonsam, has claimed that he was in a spiritual battle with late Nigerian preacher, T.B Joshua and now the...
Loading...