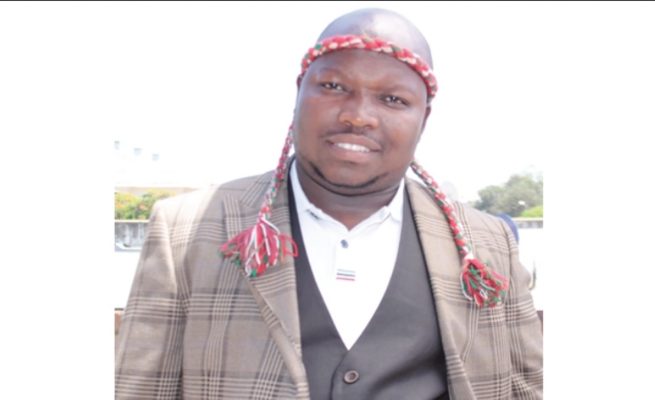 Thwasa Lodumo is the enigma that many people want to understand and know his source of power, due to that, he is some sort of a controversial figure.

Thwasa Lodumo has been healing people from every corner of the country and beyond.

Those that need healing in a Christian way he does so and those that prefer to be healed in a traditional way he also does that.

And all of them come with testimonies.

He says that in his family there were traditional healers and after they passed away their spirits visited him in his sleep and asked to use him as a messenger and he agreed.

“I requested from them (amathonga or spirits) to heal people following a Christian method and they agreed.

So when a person who is plagued by sickness approaches me we discuss on which way to follow – either a Christian way or traditional way,” said Thwasa Lodumo.

He says when he is about to attend to a patient, he consults abomkhulu (ancestors) as he calls the spirit that guides him in his healing sessions.

“They guide me whether to use izihlahla or water,” he says.

He says if the spirit instructs him to engage in a prayer and fasting he does that. And he would read the Bible.

“At times I engage in prayer and fasting to deliver a person.

And as I would be reading the Bible while on the mountain, abomkhulu reveal the verses which I have to give to a client,” he says.

Meanwhile, Thwasa Lodumo revealed that he is not limited by time and distance in reaching out to a person who would be in need of help as he uses social media platforms such as WhatsApp and Facebook to heal, deliver and transform people’s lives.

He is arguably the first prophet in the country to use social media platforms to heal his clients locally and internationally.

He says: “As a messenger I use social media platforms such as WhatsApp and Facebook to reach and heal my clients especially those who are outside Victoria Falls and overseas.

“One can just send his or her name and surname or picture via WhatsApp and I use that information to instantly establish their ailments.

After that I explain the findings to them before I prescribe the solution.”

He adds: “Since there are some clients who prefer privacy and confidentiality, I use WhatsApp for consultation and Facebook to do live prophecy and linking up with clients.”